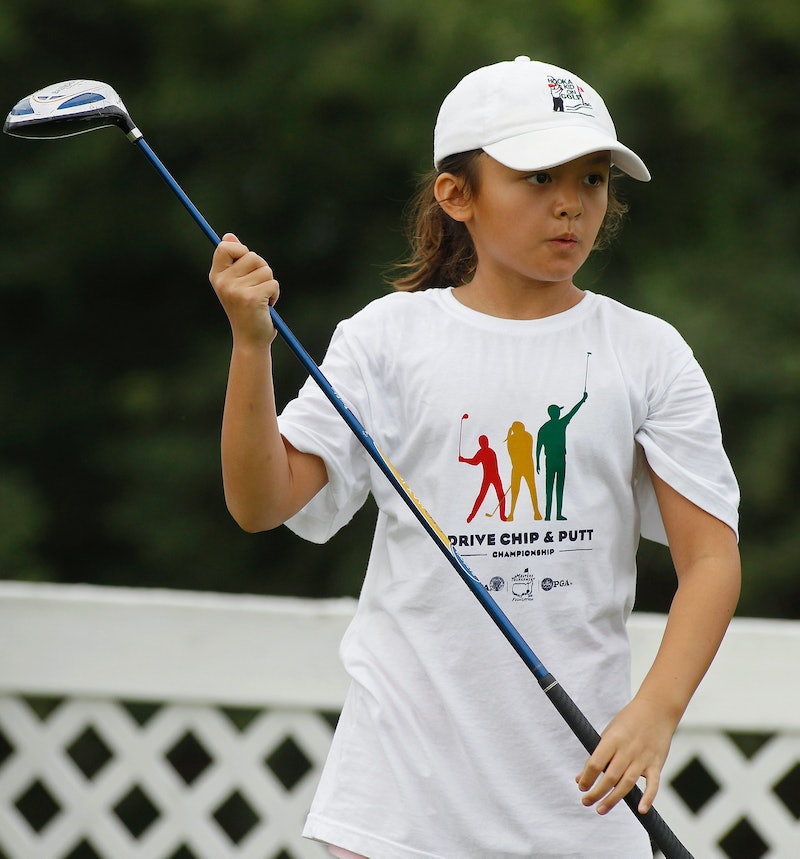 Ever noticed how incredibly pink the little girls' clothing section is? Racks and racks of fuchsia, Pepto-Bismol, salmon, blush; A glance around your local Target will cancel any doubts you had about the princessification of American girls.

Don't get me wrong: there is nothing wrong with wearing pink, or purple, or ruffles, or glitter. But not every little girl wants to wear the hyper-girly clothing that's for sale in most stores. Inspired by her eight-year-old daughter Maya, Sharon Choksi created a clothing company for girls who'd like to wear something a little different.

Choksi told the Austin American-Statesman she searched and searched to find clothing for non-girly girls, clothes that would accurately reflect the interests and personality of her soccer-loving daughter Maya (apparently all the soccer t-shirts for girls had soccer balls made out of flowers, which I believe). So Choksi decided, with her sister and brother-in-law, to found Girls Will Be.

Girls Will Be sells T-shirts with bugs, sharks, dinosaurs, robots and more. But they're different than the shirts you'd buy in the boys' sections: Girls Will Be shirts are cut specifically for girls' bodies. Boys can wear them too, of course. My fave shirt offered by the company has "Bold daring fearless adventurous so many things" written on the front, providing one awesome possible answer to the company name and question of what girls will be. (Anything they damn want!)

Girls Well Be sounds like an great company with a great mission. I'm all for anything that lets children express their identities outside of the still-rigid gender stereotypes that dictate the world we live in. I mean, clothing for kids is ridiculously gendered, even down to the stuff for infants. Personally, I'd never want my infant daughter wearing something that proclaimed her a "diva" or a "princess," although I've seen those kinds of baby clothes in stores more times than I can count. I've even gone so far as to tell my mom that if I'm ever pregnant with a female child, I'd like to ban all pink from my hypothetical baby shower. That's not to say that I wouldn't dress my kid like a girl if she were a girl, but as soon as she expressed any preferences about what to wear, that's what she'd wear. And with a company like Girls Will Be now in the world, I'd be happy to know that she'd have more options.

Girls Will Be clothes are available at a few stores in Austin, Tex. and online at www.girlswillbehq.com.

More like this
Tilda Swinton’s Neon Yellow Hair Is More Than A Style Statement
By Justine Knight
These Are The Best Socks A Woman Can Buy
By Lisa Fogarty
The Velvet Nail Trend Brings Cozy Texture To Your Manis
By Jordan Murray
15 Chrome Nail Polish Colors For An Easy, Mirror-Like Manicure
By Audrey Noble
Get Even More From Bustle — Sign Up For The Newsletter