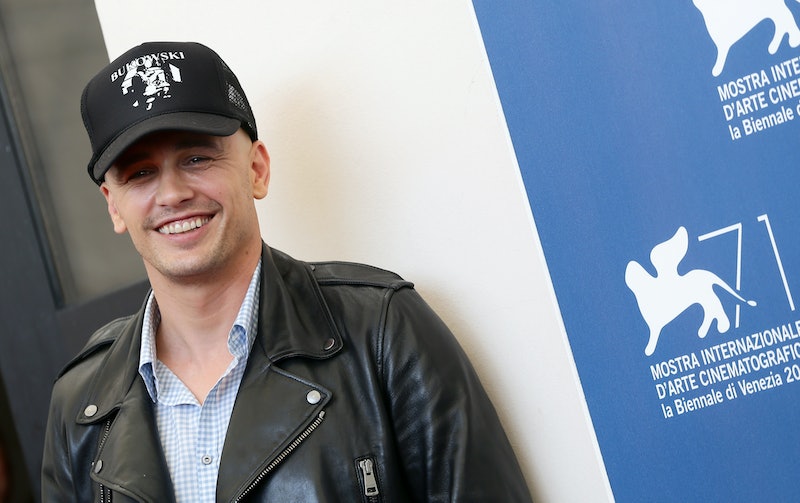 So, a while back, James Franco directed a documentary about Saturday Night Live . Now, soon, that Franco-direct SNL doc will actually see the light of day. This moment of distribution will be brought to you by Hulu, who will be making this thing viewable come Friday. It's...about damn time, I guess?

Of course Franco directed a documentary about Saturday Night Live. Franco is, for our cultural purposes, the most prolific and eternal grad student of our time. This particular project isn't new news, it should be noted: Franco began working on this thing six years ago. He was granted unprecedented access to the show in 2008, when he filmed the behind-the-scenes process of an episode of the show hosted by John Malkovich for his M.F.A. program. The doc also debuted to some already, at the Tribeca Film Festival in 2010. As The New York Times' Dave Itzkoff wrote when it premiered there:

Though some early reviews of the film suggested it was an unintentionally pejorative portrait of Saturday Night Live, the documentary offers a fairly straightforward presentation of a week in the life of that NBC sketch show. And given the wide-ranging access Mr. Franco was provided to SNL performers, writers, producers and its creator, Lorne Michaels, the film turns up a number of details and tidbits that are like manna to comedy nerds.

And now those comedy nerds — at least those ones with access to a HuluPlus account — will be able to soak up the behind-the-scenes magic all for themselves. Franco seems pretty psyched about it, if his announcement instagram is any indication: