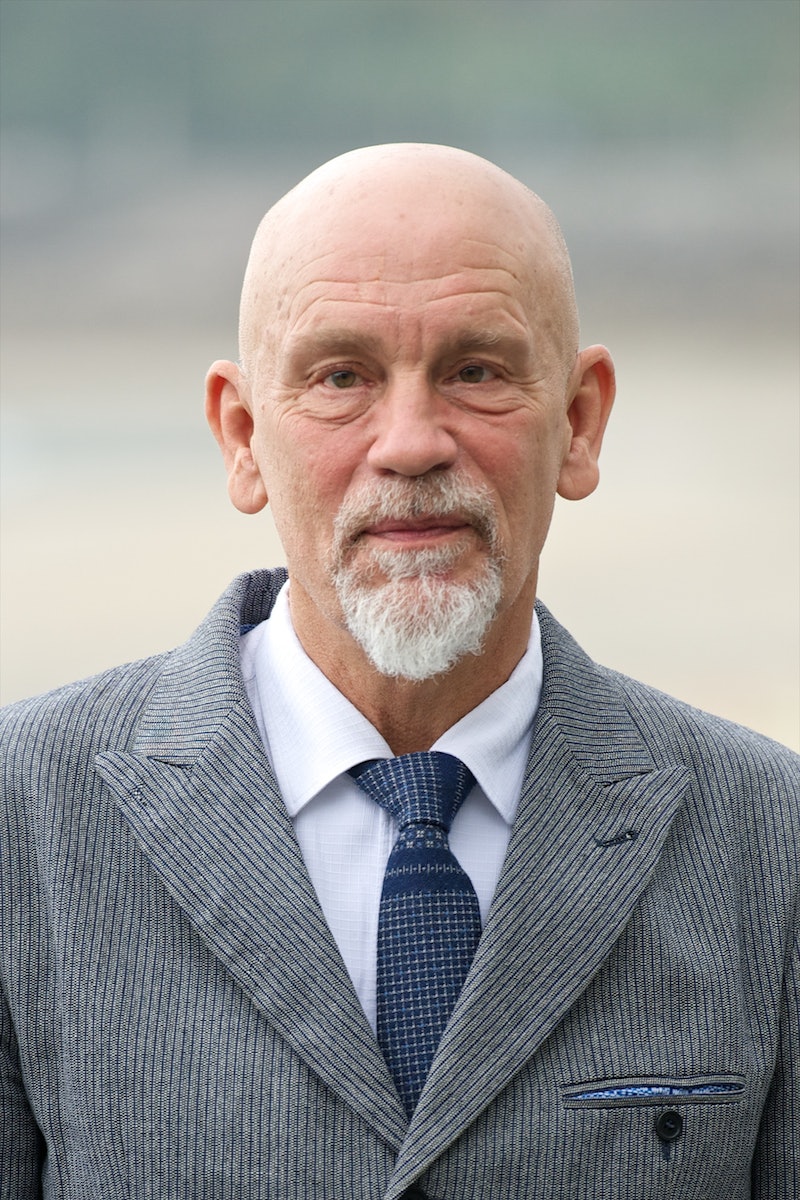 Depending on who you are, it's either an grotesque parody of famous portraits or an ingenious non sequitur born out of the Internet age. But either way, it's hard to deny that these two projects that place celebrities in famous photos and paintings are hilarious. One is photographer Sandro Miller's project Malkovich, Malkovich, Malkovich: Homage to Photographic Masters , which is exactly what it sounds like: actor John Malkovich posing in famous photo portraits, in place of everyone from Marilyn Monroe to Salvador Dali to the famous Migrant Mother.

The images may seems surreal, but they were born out of a very real 17-year friendship between Miller and Malkovich. The photos are undeniably funny, but their intent was far beyond a simply internet parody. The series will be on display at Chicago's Catherine Edelman Gallery in November, and cultural magazine 7-Post will release an interview with John Malkovich while French publication Liberation will also conduct an interview about the project. In a press release, Miller stated:

My biggest fear was that people wouldn't take this project seriously. I didn't want these to be a parody. I was serious about paying homage to these photographers and photographs that changed my perspective on photography. These images inspired me throughout my career and developed me into the photographer I am today. I wanted and needed to honor these great photographers. I needed the perfection of an actor who would put everything on the line. I watched John become a boy, girl, man, woman, Marilyn, Picasso, Hitchcock, Betty Davis and Che Guevara.

Meanwhile, caricature artist Rodney Pike has been working on a similar project using not photography, but the digital manipulation of famous paintings. Pike has inserted the rubbery mug of Rowan Atkinson, otherwise known as Mr. Bean, into a variety of famous portraits. The result combines both the refined and the absurd, which turns out, of course, to be pretty hilarious.

So, because this may now become what the kids these days call an "Internet trend," here are some celebrities that would be delightful to see inserted into famous portraits:

Sure, maybe Scarlett Johansson is technically The Girl with the Pearl Earring, but something tells me Buscemi could do one better. First of all, the man is a television treasure...have you ever watched Boardwalk Empire? But if I'm being honest, it's also because it would be Buscemeyes 2.0.

Never again can I in good conscience give Rob Schneider the opportunity to appear in drag, not after The Hot Chick. I can and will, however, ask that he be painted as a young boy in the 17th century in an ornate periwinkle suit.

If you think about it, the famous National Geographic "Afghan Girl" and Carrot Top have very similar piercing blue eyes. The subtle difference, though, is that the Afghan Girl looks like an enchanting human being, while Carrot Top looks like a Frankenstein creation of plastic surgery.