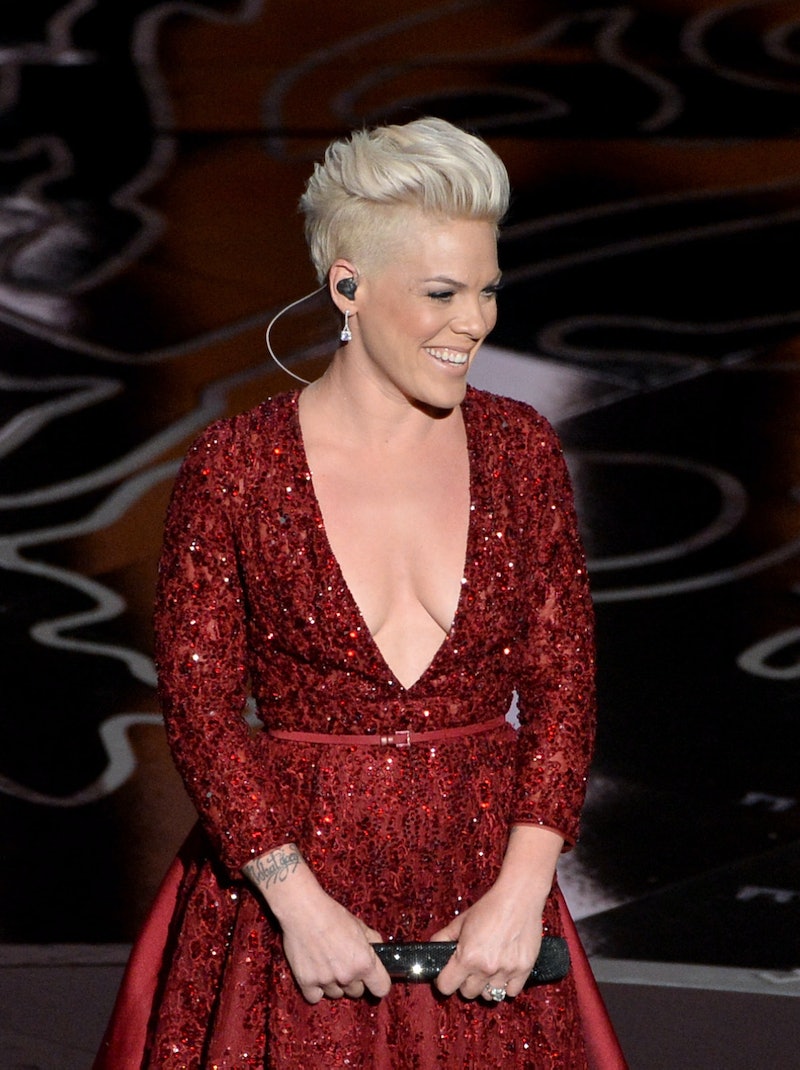 At this point, I think we're all pretty used to relying on Pink for solid, fun, pop music hits — so much so, even, that in 2009, Billboard named her the Pop Songs Artist of the Decade. It's pretty much the furthest of the kind of folk/alt rock/blues-type stuff that Dallas Green produces under the name City & Colour...so it's kind of really weird that the two of them are collaborating in a new band. However, since I am always one for new music, I decided to withhold judgment until I heard their material — and, as it turns out "really weird" actually translates into "really good" when those two are involved. Pink and Dallas Green just released a music video for their song "Break the Cycle" under their new band name You+Me, and in addition to being different from anything you'd expect from either of them, it's a totally great watch.

You+Me, which has been described as a "passion project" for the both of them by The Guardian , will be releasing an album consisting of 10 tracks — eight of which they wrote in Los Angeles over the course of a week after Pink's husband, Carey Hart, introduced them — though no specific release date has been set yet. Pink will be identified by her real name, Alecia Moore, for the project.

Unlike the unexpected nature of the song, the video itself is pretty much exactly what you'd expect from a folk music video: Grainy, sepia-toned, hipster as can be. Maybe more typical of someone like Green, but for Pink, this is completely new territory — and it fits her well.

You can check it out below.

More like this
Looks Like She Made It
By Lindsay Zoladz, Beau Grealy and Tiffany Reid
Everything To Know About Taylor Swift’s 10th Studio Album, 'Midnights'
By Grace Wehniainen and Jake Viswanath
Twitter Is Freaking Out Over Rihanna’s 2023 Super Bowl Halftime Show Announcement
By Stephanie Topacio Long
Ed Sheeran’s Surprise Gig Included An Iconic Britney Spears Tribute
By Bustle Editors and Darshita Goyal
Get Even More From Bustle — Sign Up For The Newsletter