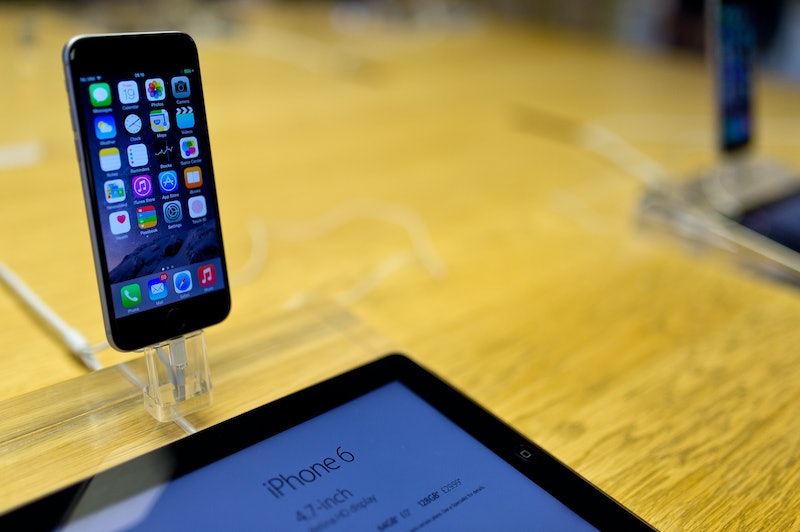 With all the attention the iPhone 6 has been getting, it's easy to overlook the fact that the hardware is only a part of what's changed. The operating system is upgrading as well, and that part could also be going a whole lot more smoothly: iOS 8 is having serious bug problems, and even Apple's attempt to make things right has gone oh so wrong — their update intended to fix iOS 8 had to be pulled down right after its initial release Wednesday. Why, you ask? Users were reporting that the update completely knocked out their cellular service. In other words, their phones couldn't phone anymore.

It's not a good look for Apple. Recent reports of people's iPhone 6s getting bent out of shape inside their pockets, in addition to the buggy operating systems, have tainted what they probably hoped would be a coronation. In the case of the bent units, Apple had a reasonable excuse — can't exert too much pressure on a thin metal rectangle without it getting disfigured, after all — but when it comes to a faulty iOS update, there's nobody else to point the finger at.

In a statement to ABC News, Apple addressed the complaints.

The initial rollout of iOS 8 had many users reporting some weird problems, which included crashes when accessing the Settings menu, browsing in Safari, and WiFi connectivity drops. Basically, a rich tapestry of issues for Apple's techies to sort out for their speedily released IOS 8.0.1 update.

Unfortunately, the 8.0.1 update turned out to be even worse than the launch version. Beyond just the cellular data cutting out, people reported Touch ID being disabled, essentially turning the iPhone into a sort of premium iPod. It's no longer available for download, and hopefully Apple will issue some sort of extended comment on the matter beyond just acknowledging it. After a couple days of shaky press coverage, now might be a good time.

If you who fell prey to this half-baked update, our condolences, but, you're in luck — iMore has a handy guide up detailing how you can revert back to the base iOS 8 version.