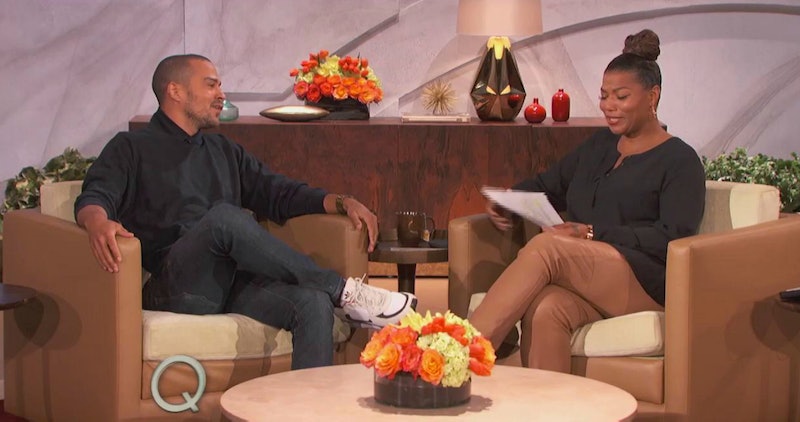 Thursday, Sept 18 saw the wrath of the Internet triggered when, rather inadvisedly, insensitively, and inaccurately, New York Times writer Alessandra Stanley centered an article around the assertion that TV queen Shonda Rhimes and a number of her characters are "angry black women." This was a...problem, and for many reasons. Many people have since responded to the article, in beautiful and well-written pieces of thought musing on what it means to be Shonda Rhimes — what it means to run multiple shows (or even just one), what it means to be black, what it means to be a woman, and what it means to do all of these things at once and in the public eye. Wednesday Grey's Anatomy star (AKA Rhimes employee) Jesse Williams made an appearance on The Queen Latifah Show, and the pair mused on the article further together.

The fact that an article like Stanley's was ever thought-up, written, or printed in the first place is frustrating in its sheer tone-deafness, but I've gotta admit: Watching the responses to this thing has brought me a certain amount of joy. That people exist in the world having no idea how racist or problematic their thinking is is no surprise, and in the current state of things I can't really picture a direct future in which those thoughts don't crop up publicly from time to time. But there's something cathartic about watching the verbal smack-down that's occurred in this instance. New Yorker TV critic Emily Nussbaum had a great take, and NPR's Linda Holmes had a very thoughtful encounter with Rhimes the day the article went public that she recounts in a really wonderful piece of writing.

And then there's Jesse Williams and Queen Latifah, rolling their eyes and side-eyeing and calling Stanley's piece "boring" in its repetition of all the same shit they've been hearing for years. And it's great. Let their exasperation speak volumes.