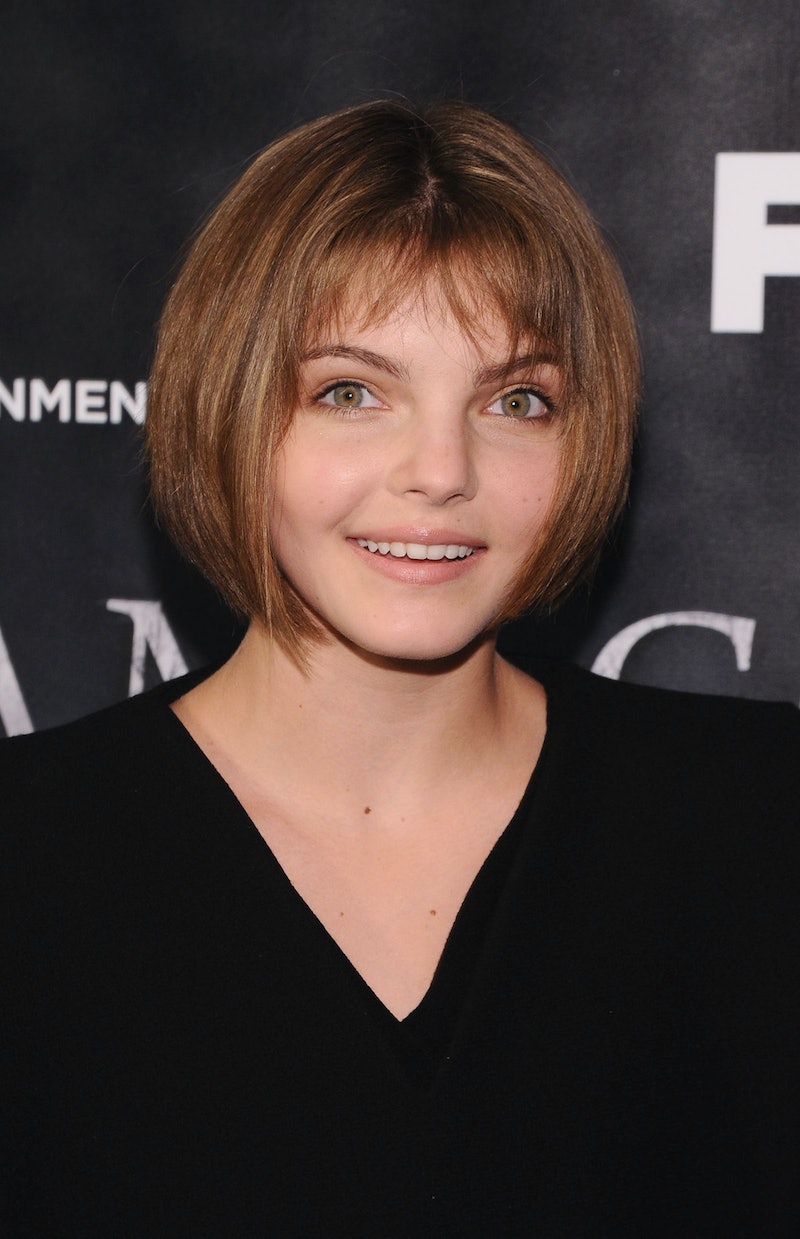 Selina Kyle is the mysterious alter ego of the infamously sleek Catwoman, the classic comic book villain. Many women have taken on the iconic role over the years in both television and film including Halle Berry, Michelle Pfeiffer, Eartha Kitt, and Anne Hathaway. So who is the latest to play the supervillainess in the new television series Gotham? Camren Bicondova is the new Catwoman. At this point, Bicondova is just as mysterious as her television counterpart, but don't worry I'm on the case. I have done some research this dancer turned actress and she is beyond intriguing.

Bicondova may not be as high-profile as the Catwoman actresses of the past (yet), but she is multi-talented and definitely on the path to big success. And she has plenty of time since she's only 15 years old. Yes, you read that right. She is only 15, which is perfect considering Gotham focuses on a young Commissioner Gordon and Batman before he is, well, Batman. What made her stand out from the crowd among the other hopefuls? Who is Camren Bicondova and what do we know about her? There is quite a lot to tell. Check out these fun and interesting facts about the newest Selina Kyle.

Camren Bicondova has been dancing since she was six, and is a member of an all-girl dance group called 8 Flavahz. The hip hop and jazz group were the runner-ups on the seventh season of America's Best Dance Crew. She has danced on the Kid's Choice Awards, X Factor, and Shake It Up. She also appeared in Ciara's "Got Me Good" music video.

Bicondova made her debt acting appearance in the film Battlefield America about a man who mentors misfit kids to get ready for an underground dance competition. Check her out in her adorable behind the scenes interview video.

Bicondova is a self described "cat lover" and posts many pictures of real cats and stuffed animals on her social media accounts. I assume this only helped her preparation to take on the Catwoman role in Gotham.

Camren Bicondova loves to give back as much as she can. Two of Camren's favorite non-profit organizations are the SEAL Legacy Foundation and Got Your 6. Her father is an active military member which is why she identifies with the Legacy Foundation which helps support families of the fallen or wounded. Got Your 6 assists veterans with the transition into civilian life. She has also completed a 10K for Stop Cancer and keeps in touch with pen pals through Child Fund International.

She has appeared in commercials for Acura, Ivivva Athletica, Vlado Footwear, and Dance Spirit Magazine.