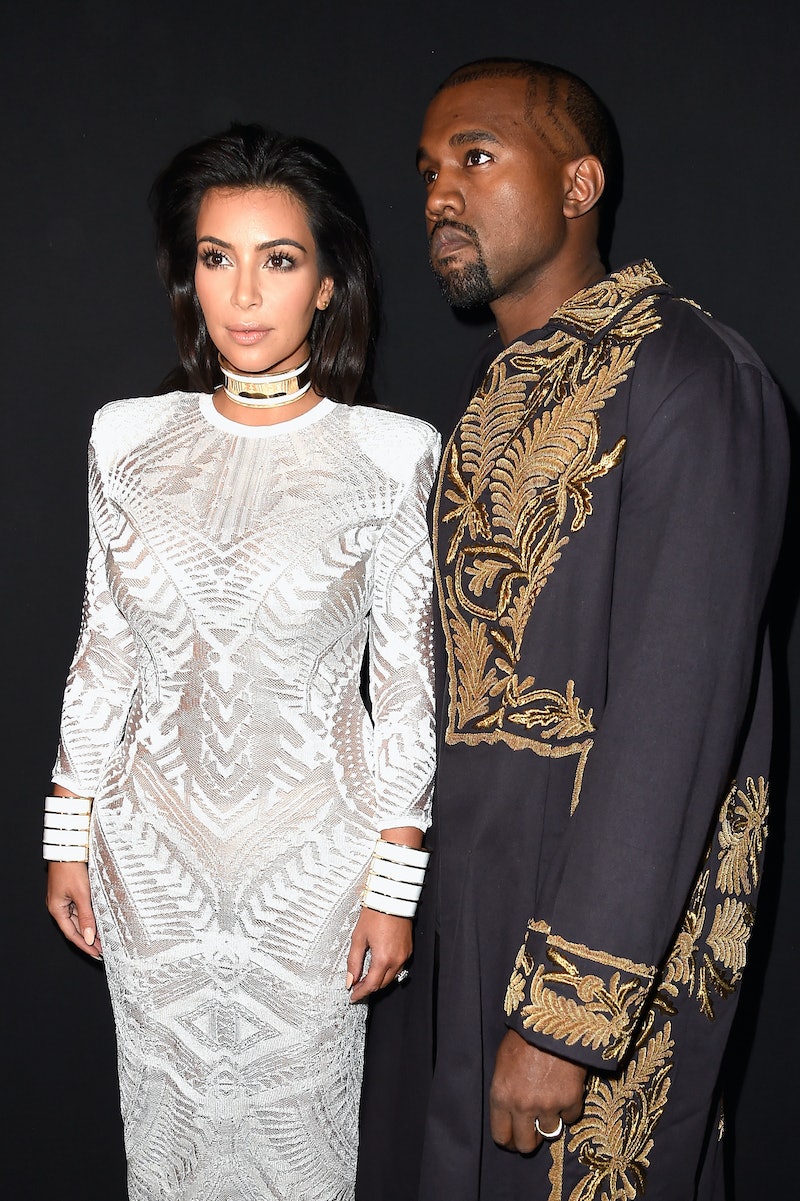 If you haven't yet seen TMZ's video footage of Kim Kardashian nearly being tackled to the ground by an attacker (who still remains officially unidentified) upon arriving at a Fashion Week party in Paris, I advise you before you click play: The video is a pretty tough one to watch. In the clip — which is unembeddable but can be viewed over at TMZ — you can see Kardashian exiting a car outside of the event right into a mob of waiting photographers and reporters, with her mother Kris Jenner next to her, and husband Kanye West on the other side of the vehicle. Within moments of stepping out of the car, Kardashian is more or less tackled by an unidentified male, who tries to grab her legs and pull her to the ground, but is unsuccessful thanks to bodyguards and paparazzi members holding him back.

Though this has yet to be confirmed, it seems like the assaulter may have been Ukranian media personality Vitalii Sediuk, who's previously pulled equally ridiculous/awful stunts like trying to crawl under America Ferrara's dress at Cannes — but no matter who the man is or his reasoning, no one should be physically assaulted in such a manner, notorious celebrity or not.

One of the more surprising things about this incident, however, is actually where it took place: Something like this involving overzealous members of the press is uncharacteristic of a country like France, where celebrity paparazzi laws are tougher than in the US, and where photographers are even barred from taking unwanted photos — even a paparazzi hater like Kanye West has praised the fact that they show celebrities some level of respect.

Since the attacker doesn't seem to have been a photographer, this is likely why French paparazzi are reported to have "turned on" the attacker and "held him down while Kim was whisked away" — pretty much validating the fact that things like this incident don't happen often in the country, and that West was completely right to thank French paparazzi last year for conducting themselves respectfully.

Don't do like the L.A. [paparazzi]. I like how you guys move out here. You've got like total respect for yourselves, have respect for the people that you're photographing, and you also take time off. Like, at 8 o'clock, you're not around people's houses and stuff like that, so I just really appreciate and respect that. And I understand that you have to make a living, so I appreciate that.

Considering the French paparazzi now took action to protect Kardashian from the attacker, it looks like West had a point there — in LA, paparazzi are more often the ones involved in assault cases like this one, not the ones trying to stop it. Could we be seeing another paparazzi-thanking speech from West soon?

Regardless of whether or not it was a prank, this looks like a terrifying experience, and I'm glad to see that Kardashian is OK.