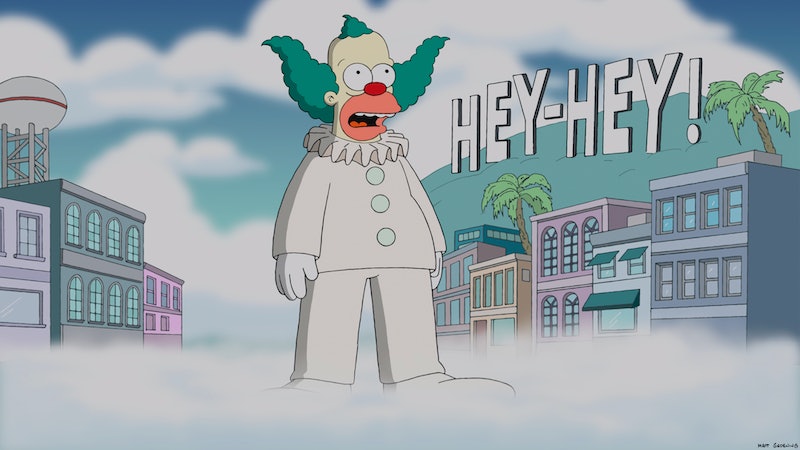 The year was 1989. It was the holiday season. “We Didn’t Start the Fire” was at the top of the song charts. Driving Miss Daisy was about to set the box office on fire. And a scrappy little animated series called The Simpsons aired its first episode, a holiday special. That feels like forever ago, doesn’t it? That’s because it was forever ago: There are 26 seasons of The Simpsons . And it’ll start with a bang: The episode — titled “Clown in the Dumps,” about Krusty’s retirement from showbusiness — is famously going to kill off a character. The news set the internet on fire with speculation about whose time has come.

The Simpsons itself, though, seems impossible to kill. In television years, 26 seasons is ancient. There are very few shows out there that have made it as long as The Simpsons has, or has matched it in terms of the number of episodes the show has aired.

The show shows no signs of stopping, either. “We could last two more years, maybe four, maybe more,” executive producer Al Jean told Deadline. “No one has talked to us about wrapping the show.” Here’s how The Simpsons stacks up against some of the longest-running, most productive shows on in television history.

Most Seasons of Any Show in Primetime

There are no primetime comedies or primetime animated series that come close to the run of The Simpsons. For primetime series in general, it’s beaten the competition by six seasons. Law and Order made it to 20 seasons; you know that because you’ve binge-watched them all. Before that, you have to go all the way back to the ‘70s to find a series that lasted just as long: Gunsmoke also made it to 20 seasons before going off the air in 1975.

The Simpsons 26th season premiere will be its 553rd episode. That’s a heck of a lot of episodes. But Gunsmoke actually has it beat in the number of episodes that have aired; since seasons were longer back then, it aired 635 episodes. For The Simpsons to surpass Gunsmoke, it’ll have to stick around for another four seasons or so. Since it seems like it’ll be here, oh, indefinitely, chances are pretty good.

Who Else Has Beaten The Simpsons?

If we’re talking scripted series, to beat The Simpsons juggernaut, you have to move out of primetime. When Saturday Night Live returns, it’ll be entering its 40th season, having aired more than 700 episodes. But they’re not the reigning sketch show, either. That honor goes to Big Bird. Sesame Street just premiered its 45th season this month. That’s a lot of numbers and letters to learn.

And, of course, there are shows that aren’t really broken down into seasons the same way, but have The Simpsons beat (by a country mile) when it comes to the number of years they’ve been on the air. A bunch of soap operas fit into this category, like Guiding Light (which ran for 57 years), As the World Turns (54 years), and General Hospital (51 years — and counting).

At the rate they’re going, it’s anyone’s guess as to whether The Simpsons or Meet the Press will call it quits first.