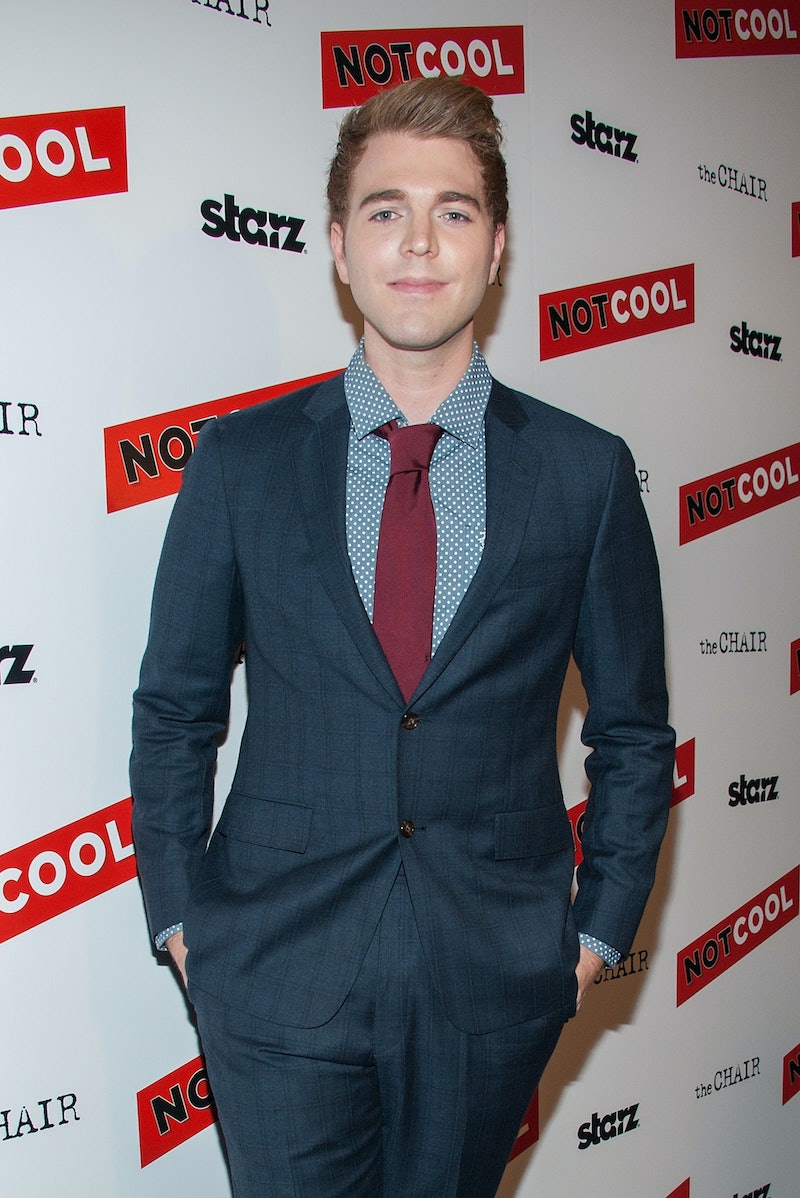 On Thursday afternoon, YouTube comedian Shane Dawson issued a video apology for a series of bits in which he wears blackface. Yep, it's 2014, and this continues to happen. But, before we continue on that note, you may be wondering who Shane Dawson is, anyway. Dawson, a 26-year old Californian who has been making Internet sketch comedy since about 2008, is yet another young white man trying to make his way in comedy with "edgy humor."

In his video, Dawson references the public backlash to a few videos in which he painted his face black (to play characters like Wendy Williams and Chris Brown). Saying that he employed "blackface" to keep the integrity of his characters, Dawson claims to have been ignorant of the history of blackface and minstrelsy before he made these parodies. Dawson says repeatedly that his fans understand he's not sincerely racist, but that his actions were "ignorant" and that's why he's apologizing to the offended parties. The message is essentially, "Everyone knows I'm not racist but I'm sorry you found this offensive."

His 11-minute diatribe reads as a thinly-veiled attempt to look like the good guy, and doesn't own up to what made his video racist in the first place. He's normalizing a phenomenon rooted in Jim Crow-era black oppression, and thus condoning and perpetuating cultural racism. Meh, sorry Shane. This apology doesn't entirely cut it for me.

So, let's investigate this kid. What's his deal, anyway? His YouTube channel was the 33rd most subscribed to page as of August 2013. His favorite forms of subject matter are pop music and pop culture, which he takes on in a crusade of offensiveness. He has a series of drug-addled, often drunk, cultural stereotype characters that he deploys in video after video for a cheap laugh. Sometimes, he can pull out a begrudgingly chortle-worthy Miley Cyrus parody. Mostly, Dawson doesn't have many novel things to say, so he relies on being un-PC.

His first video was "Fred Is Dead"

The premise of "Fred Is Dead," one of Dawson's first videos that went truly viral in '08, is as follows: Dawson kills Fred Figglehorn, hyperactive helium-voiced child YouTube star. Kinda dark.

He had an extremely troubled upbringing

According to Dawson's Wikipedia page, he was raised in a very difficult household. He was allegedly beaten by his alcoholic abusive father, who later left his mother to raise the young comedian on her own. Dawson was also bullied at school for being overweight, as well as poor. One of his characters is a parody of his mother, who according to the Shane Dawson wiki, gets drunk regularly and calls him a "F****t." Ugh. Even darker.

He has a bunch of characters

He has a "ghetto girl" character named Shanaynay, a caricatured geek named Ned the Nerd, a gangster named S-Deezy, an inappropriate aunt named Aunt Hilda, and his mother. Honorable mention given to characters such as Barb the Lesbian, and a woman who speaks caricatured "Chola" accent named Fruit Lupe. Characters like Fruit Lupe, Shanaynay, and S-Deezy rely on, you guessed it, lazy cultural stereotypes of women of color. Aunt Hilda is the main character in a parody go Katy Perry's "The One That Got Away" called "The One That Turned You Gay" which is about as juvenile as 12-year-old-boy gay jokes can get. Shane says that he's straight.

In the above video, entitled "How to Get Pregnant," his character "Shanaynay" drugs her co-star with too much MDMA, places an ad on Craigslist with the subject line "F**ck Me Til I Bleed," and offers her up to a man that asks "Can I kill her?" This, my friends, is not utilizing humor to disempower disturbing imagery. This asinine display normalizes imagery of brutal sexual abuse and date rape. NO. Just no.

He directed a parody of "We Can't Stop" which I hate to admit is sort of spot-on. His impersonation of Paris Hilton is slightly funny, if not a bit out-of-date. He also made an Avril Lavigne "Hello Kitty" parody and a spoof of Kesha's "Come On." I mean, I can't say that I haven't heard all of his observations before.

He made a movie

Not Cool is Dawson's first feature film which he directed and starred in. I can't tell if it's supposed to be a high school rom-com spoof or a gross-out sex comedy, but I know I probably won't be renting it on iTunes.

Alright, so let's break this mother down. This kid certainly hasn't had an easy life, and it's fantastic that comedy has helped him to deal. However, that doesn't mean that his voice is, well, the best one for millions of teens to be listening to. Strains of Dawson's comedy rely heavily on misogyny, homophobia, and yeah, racism. At best, he's just a bit immature, at worst, he's shrugging off the historic cultural oppression of people within marked categories. Talk about not cool.

Unlike a show like South Park, or the comedy of Sarah Silverman, both styles Dawson mentions being "raised on," Dawson's comedy isn't calling out society on anything. He can pull out a half-way decent celebrity impression, but in the end, I will not be subscribing to his YouTube page.

More like this
"Lavender Haze" Star Laith Ashley Breaks Down Filming With Taylor Swift
By Jake Viswanath
Ozzie’s Coming Out Scene With Kitty On 'That ’90s Show' Has Twitter Sobbing
By Brad Witter
The Jonas Brothers' New Album Has A Very Meta Name
By Alyssa Lapid
Ashton Kutcher Wants Danny Masterson “To Be Found Innocent” In Rape Retrial
By Jake Viswanath
Get Even More From Bustle — Sign Up For The Newsletter
From hair trends to relationship advice, our daily newsletter has everything you need to sound like a person who’s on TikTok, even if you aren’t.