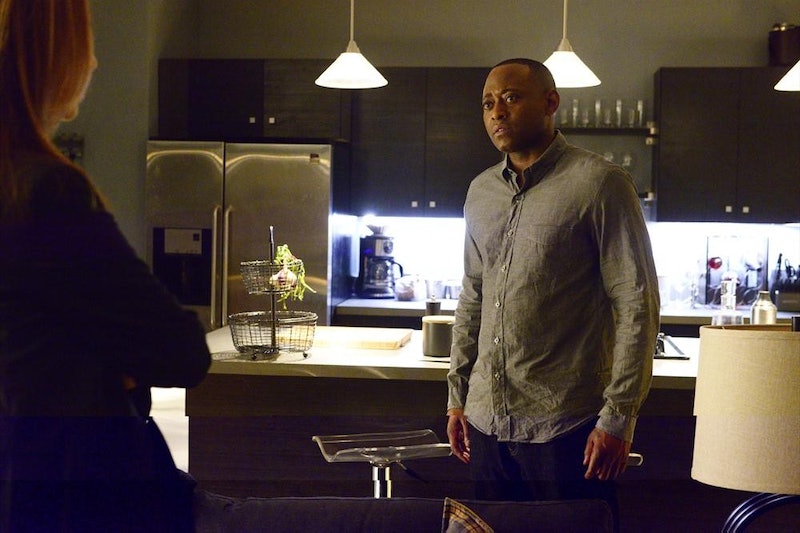 If you've been watching ABC's Resurrection, you know that at this point, there are more questions than answers. Perhaps the most chilling mystery is the one that stems from the sight of a huge pile of crazy insects we were treated to last season. So what was up with those bugs in the Resurrection finale? While the show gives us no definite answers yet, the most obvious options seem to be locusts or cicadas.

Locusts have an obvious biblical significance, as does the title of the series, so it's possible there is a larger allusion here to some sort of end of the world narrative. But the more intriguing theory hitting the web is that the bugs are cicadas, which fans have discussed on Resurrection's subreddit. Bug buffs on the internet are quick to point out that cicadas "respawn" and shed their exoskeletons in what can be considered a re-birth of sorts. It's interesting to think about. Arcadia is flanked by people who return renewed in their original shells, as if they'd never aged at all, not unlike the gnarly insects after they shed their skins and "resurrect."

However, it's a little too early in the game to discount locusts. A symbol of pestilence and divine punishment since days of yore, are the people of Arcadia really being punished, with the bugs serving as a grim warning of what's to come? Since its residents aren't without sin with their various infidelities and secrets, it isn't that crazy to think that the bugs tie into that, as opposed to the fairly obvious rebirth metaphor. In fact, it wouldn't be that off to propose that the blood of the Returned is on the town's hands in some shape or form, and their resurrection and ensuing infestation is part of a supernatural consequence.

Let's not forget that like the bugs, the dead certainly are a growing infestation. One returned boy suddenly turned into hundreds locked in a gymnasium. Swarms of bugs also serve as a parallel to the dead who are now in danger of overpowering the living. Perhaps as the swarm grows, the numbers of the dead will as well.

We'll have to wait for Season 2 to see which one of these theories play out, but given how up close and personal the bugs got with Bellamy, I'm guessing there's something special about him. Maybe Bellamy has more answers within him than he knows, and it will be something he will discover alongside us this season.