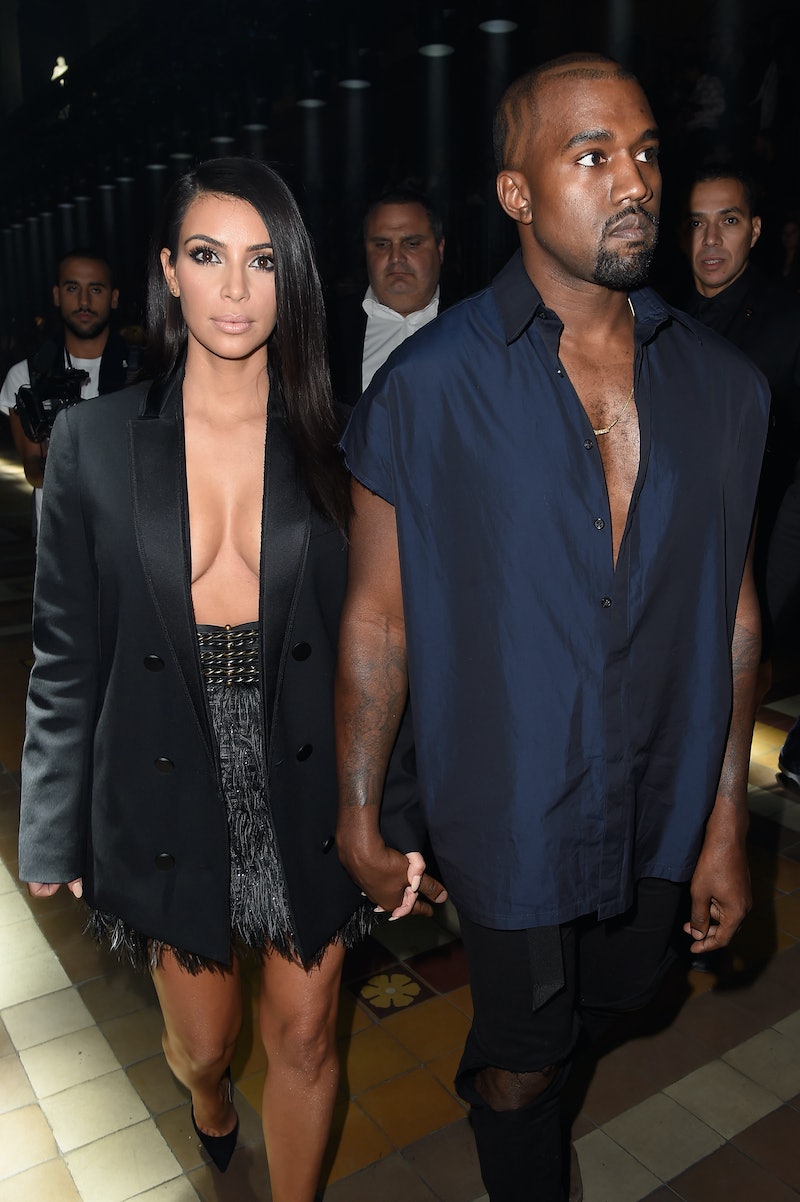 Kim Kardashian and Kanye West have had a rough go of it so far on their trip to Paris Fashion Week. First, Kardashian was attacked by serial celeb "prankster" (those quotes are not only sarcastic, but angry!!!) Vitalii Sediuk, and now Kardashian and West have been booed at the Lanvin fashion show. The reason? They arrived late. First of all, they're celeb guests, they're supposed to arrive late. That is just Fashion Show 101. Second of all, they had a perfectly good reason for being late. Lanvin designer Alber Elbaz wanted to see them backstage, as West so nicely explained to the hecklers apparently unaware that saying you had a special fancy-pants meeting with the designer is no way to silence someone who already hates you for being special and fancy-pants.

In a video taken of the, uh, incident, booing can be heard coming from the audience while cameras surround Kardashian and West. Then, West emerges from the flashing lights, lights saying, "Alber asked to see us. Don’t boo us. Alber asked to see us. Don’t boo us. We not late. We not late." While I get that West was simply trying to explain that he and Kardashian weren't late because they were technically there the whole time, just not at the runway, saying that you were meeting with the designer is just going to make the booer think, "Ugh! That snob! I should boo him forevvvverrrrr."

The best case scenario here would be that West gave this explanation knowing that it would only upset the hecklers further. It's not like they could keep on booing through the show without getting kicked out, so West got his jab in and still go to watch the show from the front row. Booya!