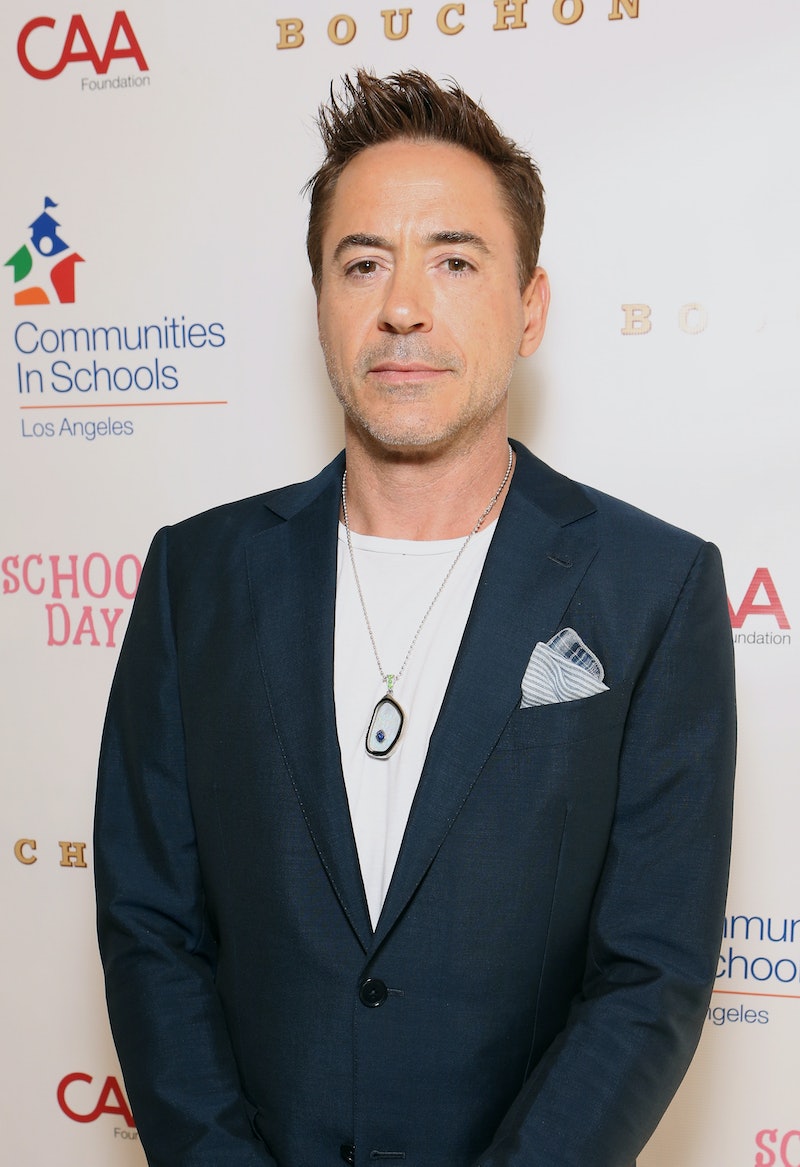 This next bit of news is just as touching as it is sad. On Monday, Robert Downey Jr.'s mother Elise Ann Ford passed away at the age of 80. Although the Iron Man actor is dealing with the deep pain of losing a parent, he took time out to share a passionate tribute to Ford on Facebook. While the words Robert Downey Jr. shares about his mother's life will most certainly bring a few tears to your eyes, they are too raw and heartfelt not to read.

Downey opens the tribute by writing, "My mom passed away early this week....I wanna say something about her life, and a generic "obit" won't suffice..." which makes perfect sense after reading what Downey had to say about his mother's life, marriage to his father Robert Downey Sr., as well as her relationship with her partner of 37 years, Jonas Kerr. Not only does the tribute honor his mother, but it provides insight into how Downey has grown to be one of the film industry's most respected actors with a remarkable international fanbase. His mother's passion for acting ran deep, as Downey recalls how she played 17 different characters in one film.

But the art of acting wasn't the only common ground Downey would come to share with his mother. After describing Ford's battles with addiction and subsequent recovery, Downey's tribute details the impact of a life-changing phone call he received from his mother in 2004. He writes, "In the summer of 2004, I was in bad shape. She called me out of the blue, and I admitted everything. I don't remember what she said, but I haven't drank or used since," and later writes, "She was my role model as an actor, and as a woman who got sober and stayed that way."

Overall, Downey's tribute more than does justice to his mother's memory by acknowledging how she helped her son maintain his strength and in Downey's words, "to have the kind of success that eluded her." But perhaps the following quote paints the most clear picture of how he felt about his mother: "If anyone out there has a mother, and she's not perfect, please call her and say you love her anyway..."

Downey also shared a photo of his late mother: