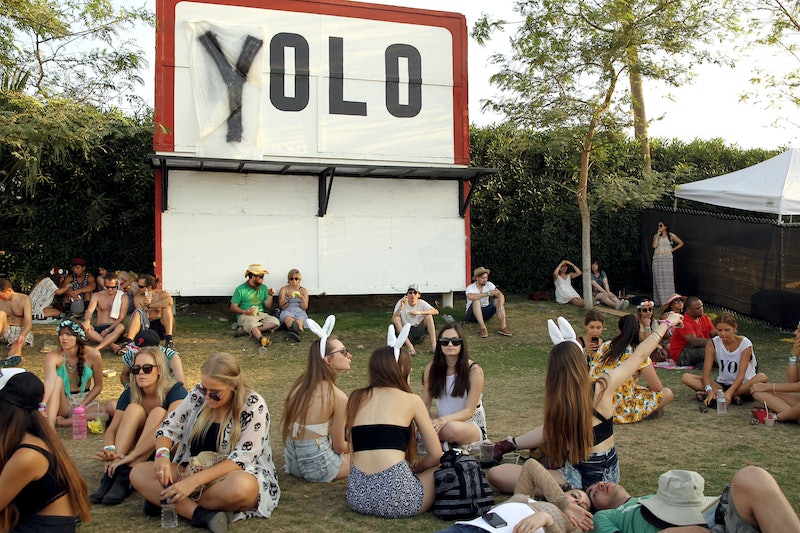 Here's what I've scraped together: it’s not quite alternative literature, as the name would suggest, but shorthand for "hipster lit" (referencing Hipster Runoff’s tendency to call hipsters alts), and "hipster" itself being seemingly shorthand for anyone born after 1982-ish. Alt lit is a tumblr-esque style — it’s the sharp, one-liner status updates you like; it’s poetry composed in tweet stanzas; it’s... well, kind of tough to explain. And the team at Boost House, a Maine-based publisher and living collective, knows it.

In the intro to The YOLO Pages, a collection of the best alt lit and weird Twitter, the editors write that “to describe ‘alt lit’ writing is difficult because when writers get labeled "alt lit," it’s ultimately because of where they’ve published and who they’re friends with — not their writing style.”

The editors of The YOLO Pages, too, even seem hesitant to identify their work as alt lit, and write that all uses of the term in the book “are placed in quotation marks to reflect how self-aware our use of the term is.” Regardless, what's in the pages is something that looks a lot like alt lit — or as close to it as you're going to get anyone to admit — and there's a lot to enjoy.

There's a lot more to the book, however, than solely anthologizing alt lit. Boost House explains that they’re more concerned with collecting this generation’s poetic voices, and have chosen to exclude well-known alt writers while welcoming in writers completely removed from the scene. Their whole project is an earnest attempt at giving up-and-coming writers a voice, done almost totally in lowercase letters, and it’s a serious treat to read.

So, all that said: YOLO! Here’s why you shouldn’t go without adding this book to your collection.

It highlights writing genres you may have dismissed as not writing

Much of the writing is made up of tweets and macros (images with text — think lolcats) and most of it so good that even the most Internet-fearing readers will forget that they’re reading segments of a Twitter feed and meme variations and just be happy that they’re reading.

You’ll feel proud of your peers

Because each author bio reveals the writer's age, you'll find that most of the contributors are in their 20s, some on the especially early side (did you know actual people were born in 1994!? OK, I'm old) and many of their work focuses on social change. There’s commentary on drug use (a tweet from Raymond Johnson: “there is something to be said about the quality of our reality if we are constantly seeking mind-altering substances to escape it”), and racism (a tweet from Michael Hessel-Mial: “Daily reminder that people hate Kanye because he threatens the stability of the structural racism they benefit from”), as well as many, many references to climate change (a macro done by Amelia Gillis features a picture of Arctic Ice with text reading “dude the glaciers are asking for it; a status update from Kenji Khozoei includes “imagine when the world is actually ending how fucking awesome is the sky gonna look then.”) If you’re like me, someone who can’t help but break into a panic when I think about the world, re: EVERYTHING GOING ON, then you’ll rest a bit easier knowing other people are concerned, too, and trying to make a difference however they can.

The publishing house behind the book is actually a house. As explained on their website:

the boost house team lives together in a house (also called boost house) in brunswick, maine. it's a drug-free, alcohol-free space. the house rent and groceries (all vegan) are supported by our income as a publisher. as we grow, we’ll accept more short-term and long-term residents with shared values and ambition to come work in the house. future versions of the house will host a free lending library and frequent poetry readings, as well as potlucks and other meetups for the local public.

The editors show the fluidity and experimentation of today’s writing through weird twitter (@horse_ebooks is a contributor), through page-long, “is this prose?” pieces (Tao Lin is, quite literally, at the center of the book) and through visual poems (those text heavy macros). In “A Brief Justification of My Use of Macros,” James Ganas writes “macros are things in themselves, not servants of words. good literature is often ruined by the over-zealous love of words.” After one day spent reading the book, you may adjust your definition of good writing, too.

On that note, the writing is really fucking good

Like so, so good. It’s alternately moving (Liz Bowen has an essay about the relationship between the YOLO philosophy and ableism), and really funny (Melissa Broder’s poem “Bye” starts with “When I die I regret the dieting / and literary theory”).

BEST REASON OF ALL: this poem by Brett Elizabeth Jenkins is in it.

To think, this year I will grow

into a body you never will have touched.