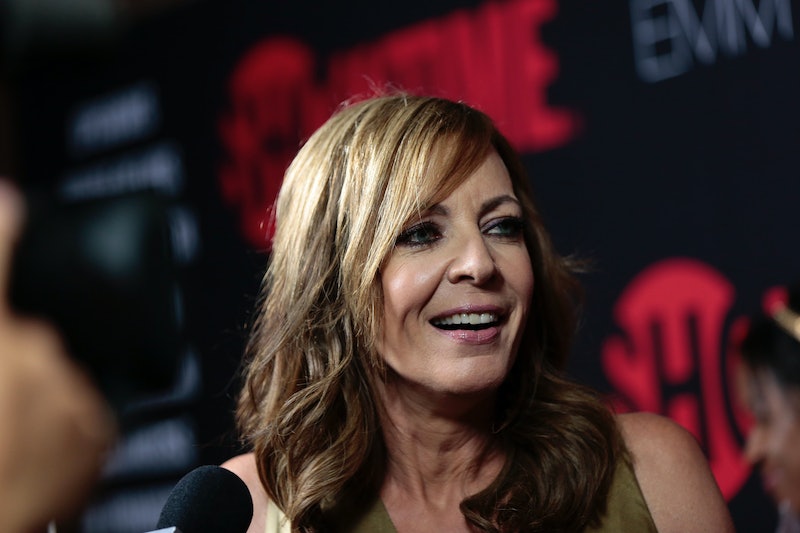 Allison Janney is an amazing actress, and she manages to liven up even less-than-stellar material from a show like Mom. Her Mom costar, Anna Faris gets to be married to Chris Pratt, which would make a lesser woman (read: me) incredibly jealous. But Janney has been single for the past few years and is clearly more than happy. She has a lot going on right now. She's been working tirelessly both in a network TV series and movies since The West Wing, which won her four of her six Emmys, went off the air in 2006.

In an interview with Elle from the beginning of this year, Janney is blunt about being in her 50s, single, and totally confident with being sexy. After the death of her younger brother, Hal, in the mid 2000s, Janney temporarily took a break from dating. But she's gotten back out there, and said she had another long-term serious relationship recently that may be over, but has renewed her self-confidence. It makes sense, since in the past few years, she's never looked more comfortable in the public eye.

She's also been spending her time working twice as much as most of the actors on TV and somehow finding extra time to devote to charity work. She's been supporting Justice for Vets, an organization that fights for the rights of veterans, along with some of her West Wing costars.

But even though she's officially single, let's be real: it's not like Allison Janney has any problem finding a date. She brought one with her to this year's Emmys. And he looked a lot like the same date she brought in 2013.

I've scoured the Internet and no one seems to be able to identify him. Whoever he is, he's super adorable and not stealing an inch of her spotlight — he's pure arm candy. Or, to be fair/avoid accidentally being creepy, he could very well be a platonic friend or relative. And while Janney said she doesn't like to be a cougar in a January interview with the Huffington Post, she seems to handle spending time with a younger man just fine.

The bottom line is, while no one would ever define Allison Janney's career based on her love life, she's the type of star that you just hope is happy. And judging by what she says, does, and looks like on a red carpet (no one should be able to make that magenta velvet work, but somehow she looked fantastic), it seems like she's never been better — regardless of whether or not she's single.