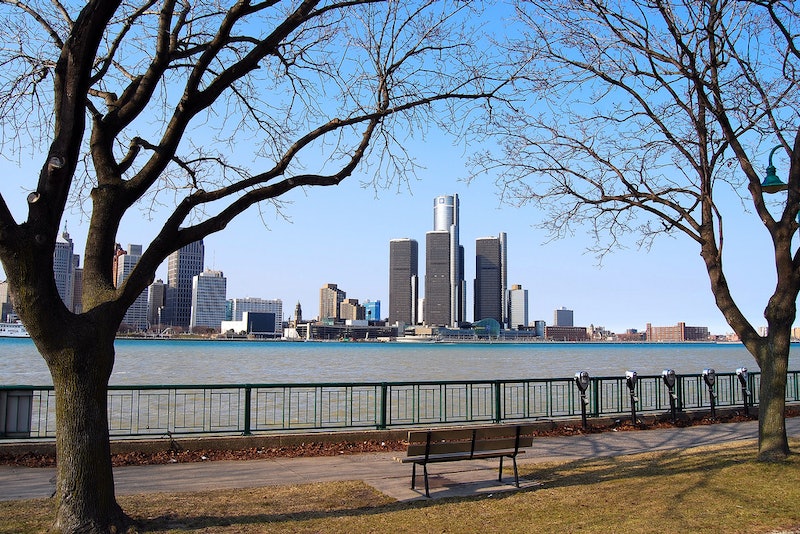 Native Detroit resident Kym Worthy calls her city a "wonderful place." It's somewhat surprising that the prosecutor of Wayne County, the largest county in Detroit, doesn't sound more hardened. Basically the main law enforcer for the city, Worthy has been described as "the toughest woman in Detroit" by Essence magazine. That toughness was tested in August 2009, when a member of Worthy's staff found 11,000 unsorted rape kits lying around a police evidence warehouse. Some of the cases were 20 years old. So why were these rape kits wasting away on dusty shelves?

Worthy was absolutely shocked at the discovery. “What we were potentially looking at, at that time, was over 10,000 rape kits, representing over 10,000 cases where women had reported, whose lives and what had happened to them was sitting on a shelf and nobody cared. I was shocked, and I think I was kind of stunned — and not too much stuns me,” she told Kate Snow in an interview aired on NBC.

Her shock might have stemmed in part from personal experience. Worthy says that she was sexually assaulted in law school but did not report her case to the police. “This may sound strange, but I think what happened to me in law school happened for a reason and kind of led me into what I’m doing now. I always felt that way. And I always felt that that was a part of what made me a very good prosecutor, and certainly that is part of everything that I do. But it wasn’t the driving force,” she explained.

So how could this have happened? How could so much piled up evidence be left in storage for years? Turns out, Detroit is not alone — rape kits went unattended for years across the country, including in Cleveland, Memphis, and parts of Texas (you can thank Senator Wendy Davis for fixing that one). The simple explanation is money: it costs around $1,500 to test each rape kit. Worthy thinks police attitude also plays a part. She decries "the way women are handled as victims of sexual assault, from the time they report it to the time of prosecution. Because we've found there has been some very bad treatment [of them].[...] It is not easy for women to shake off the sense that there is a stigma involved with sexual assault," she added. The problem is particularly striking in Detroit, where only about 10.9 percent of sexual assault complaints resulted in arrests between 2005 and 2007, according to the FBI's Uniform Crime Report.

Worthy had trouble garnering attention for this startling discovery until it blew up in the news. She started with recruiting volunteers from her staff to sort through the kits. Worthy explains:

It took us six to nine months to build a database; we had to open each one of the what we now know is 11,304 kits. There was no previous nexus to go on, so we started from scratch. We had volunteers going over these kits for hours each day (without opening the evidence itself), using any identifiable information about the assault to build a database. We combed through years of records to try to match the kits with any police records there may have been. And at times we were literally blowing off the dust of old books that they used to keep back in the day to record the cases.

Worthy and her team got an increasing amount of public attention, and eventually received a federal grant of $1 million to keep working. Worthy collaborated with state departments to try and get to the bottom of these cases. As a result of Worthy's efforts, rape cases from years back were finally solved. Audrey Polk, who was assaulted in 1997, finally got to see her rapist put behind bars over a decade after the assault with a sentence of up to 60 years, all thanks to the rape kits investigation. In fact, since 2009, 600 of these Detroit rape kits have been tested, and a whopping 37 serial rapists have been identified.

That August day — and Worthy's formidable reaction — turned out to be a good day for women everywhere.