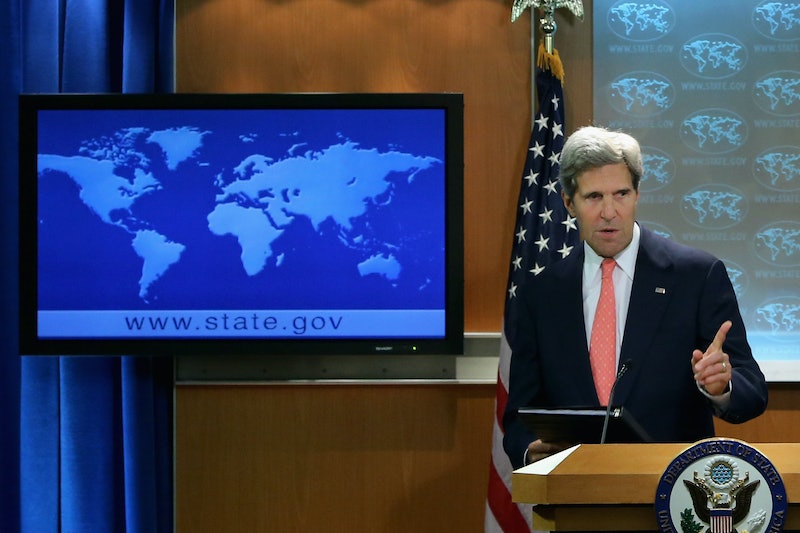 Secretary of State John Kerry announced at a press conference Monday afternoon that the Assad administration in Syria has in fact used chemical weapons in an attack against its own citizens.

He made three clear points: that the attack had directly come from President Assad and his government, rather than the rebels that Assad had blamed; that the crime was historically terrible, and "morally obscene;" and that the U.S. would certainly respond.

Little is known for sure about the chemical attack, but Doctors Without Borders said that they're seeing thousands of victims showing symptoms of toxicity. Opposition groups are naming the death toll so far as 1,000 or more. Assad has claimed that the attack originated from the country's rebels.

Assad's offer to allow the UN to check the alleged site came "too late," Kerry said. "It's too late to be credible."

President Obama will take time to deliberate the appropriate response, he said, but there will certainly be a diplomatic response to the attack. "There is a clear reason that the world had banned entirely the use of chemical weapons," said Kerry, who according to the Guardian's blog appeared "ready to take action." "There's a reason that the world has set a clear standard," Kerry added.

He insisted that somebody would be held duly accountable. Kerry was personally shocked, he explained, by the horrific footage of victims of the attack. "It is very hard to express in words the human suffering," he said of the tapes, adding that it was impossible to ignore or forget. "As a father, I can't get the image out of my head, of a father who held up his dead child, wailing."