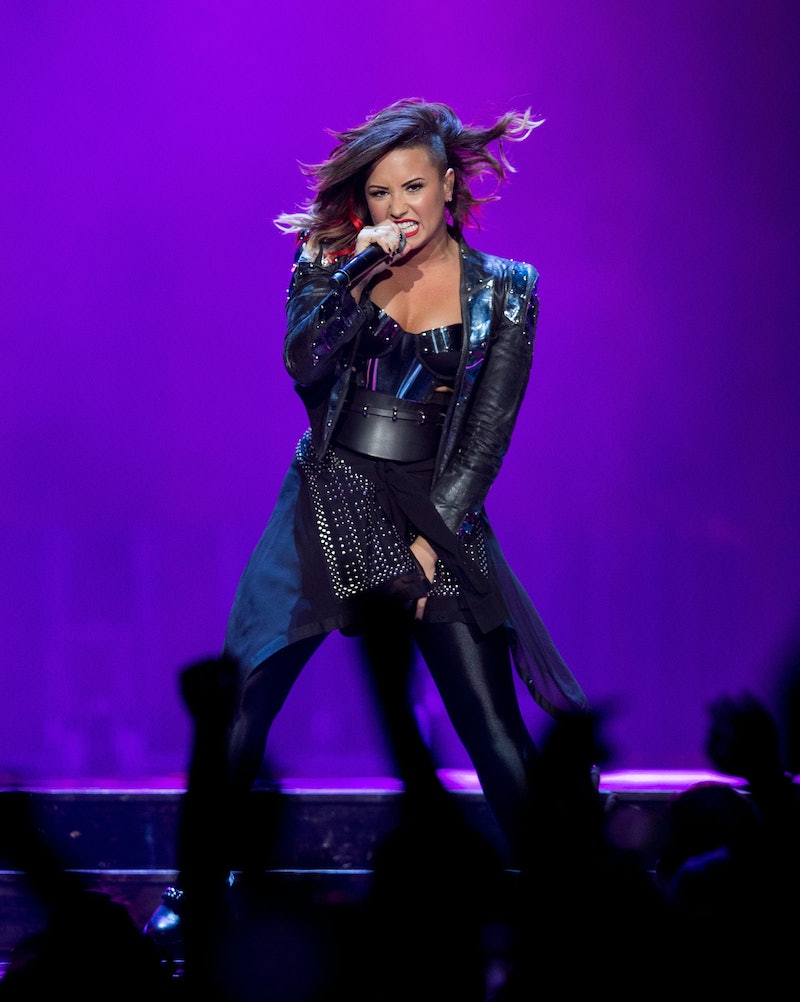 There are no hard feelings between exes Demi Lovato and Joe Jonas. Sure, they said that they were still friends when they parted ways after their four-week romance in 2010, but celebrities say that sort of thing all the time. Other than the smoldering Nick Jonas, I haven't seen Lovato hanging out with the any of the Jo Bros since the split, until last night at Los Angeles' Staples Center, when Demi Lovato and Joe Jonas reunited to perform "This Is Me" on stage. It was a complete surprise to concert goers when the familiar strains of the Camp Rock song came on, and the crowd went nuts when they heard it. I'm sure they practically fainted when Jonas came out to join her, just like he did in the Disney channel movie but now IRL.

It's nice to see that there's no bad blood with these two. Their careers took off around the same time through the Disney star-making factory, and Lovato was the opening act for the Jonas Brothers concert as well as co-staring with them in Camp Rock and its not as great sequel. When these two started dating it felt like the movie come to life, but it ended rather abruptly, much to fans disappointment. All we knew was that Jonas was the one to initiate it — and considering that he broke up with Taylor Swift on the phone, I pretty much made him out to be the worst type of heartbreaker.

But it looks like Jonas meant what he said when he spoke to People right after the breakup and said,"Demi and I knew going into our romantic relationship that it may not be an easy one. I realize over the time we have shared together that I feel I care more about our friendship right now. It was my choice to breakup but I love her as a friend. She's been there for me when I needed her. I will continue to be her friend and be there for her."

And as a kooky idea, maybe this is more evidence that a Camp Rock 3 is in order? The premise would be Shane reuniting with Mitchie on stage during an arena concert, because she's a successful recording solo artist now. Yes, it's inspired by real life. I'm thinking it would go something like this...