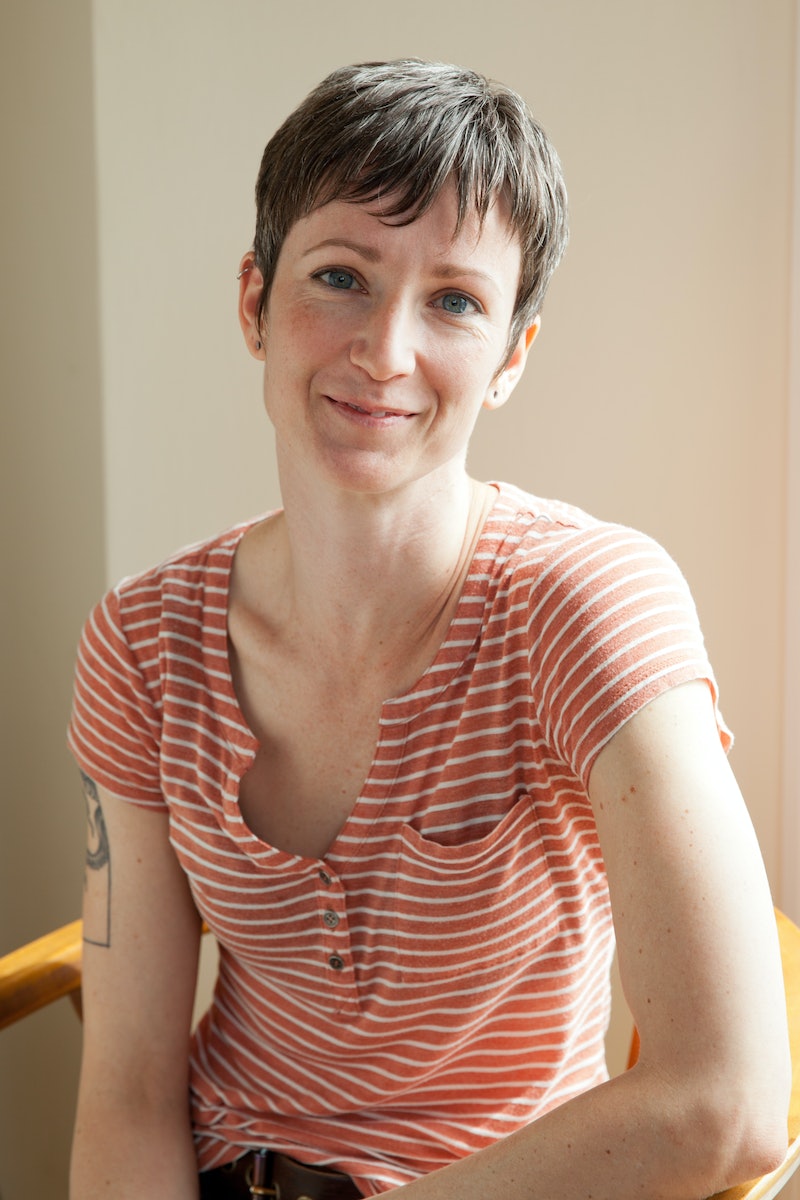 Piper has been in quite a rut with romantic relationships and steady jobs. Which is why, she explains, she has decided to take a job as a first-responder — to give her a sense of purpose, at least temporarily, while she figures out what she’s doing with her life. And indeed the demanding job is an effective distraction — an exhaustive occupation that keeps Piper’s mind off of her fractured past, which includes an unfaithful ex-boyfriend who was secretly intimate with Piper’s best friend, a recently deceased mother who abandoned Piper and her brother Ryan as children, and a lovesick father with whom Piper has a rather distant relationship.

“It feels so good to be lost in the work: chasing 911 like a drug addict, the sound of sirens and assessments and station banter filling my head,” Piper says.

And her distinct narrative voice, jaded and fiery, yet playful and comic at times, echoes off the pages and gives the novel its greatest emotional pull. Together Piper’s no-nonsense attitude, razor-sharp voice, and contemplative musings intrigue and charm the reader while pulling at our empathetic heartstrings.

“Falling in love is so dumb,” she says. “I’d rather be at home eating a ham sandwich.” In another instance, “I have never found falling in love anything less than terrifying.”

The novel sets out to and succeeds at expanding the reader’s understanding of the word trauma. It’s a charged term that comes to take on several meanings in the context of Piper’s life. Piper encounters all sorts of trauma — medical, mental, emotional — on the job, in her relationships, and in herself and must gradually learn how to treat and cope with each of the various permutations — from her own feelings of abandonment to her flailing relationship with her father to the jarring side effects of PTSD from which her new girlfriend suffers. The lessons Piper gains within the ambulance walls — about fear, loss, pain, empathy, and human fragility — equip her with antidotes for dealing with trauma outside the hospital.

Throughout Emergency Moreno maintains a pulsing pace, seamlessly interweaving tense, traumatic, and often gory scenes of Piper and her co-workers on the site of medical disasters with more mundane, comic scenes of EMT life behind-the-scenes — their candid dialogue, chatty gossip within the hospital hallways, short-hand jargon, initiation tactics, gallows humor, and TV-binging habits for killing time between emergency calls. Together these scenes craft a raw, layered, and keenly observed portraiture of a niche community. Piper and her fellow EMTs constitute a disparate cast, yet they share an innate compassion for strangers and a rare ability to face mortality head-on every day.

Moreno’s true triumph comes in the form of lyrical expositions on human biology, sprinkled throughout the novel, complex textbook explanations given an artful literary translation. From a detailed description of the inner ear to a vivid briefing on how our sensory neurons function, these poetic passages force readers to view the human body — organs, veins, limbs, flesh — through a more vibrant lens, illuminating the beauty its complex design.

Moreno also gives us tender, emotionally intricate glimpses of Piper’s life and relationships outside the hospital walls. These scenes display the ways in which Piper teases out life lessons from the minutiae of human biology and her experiences with it, especially when it comes to her romantic relationship with Ayla, an Iraq army vet whom Piper meets at her local grocery store. Ayla suffers from PTSD and a brain injury caused by an explosion during her tour, the side effects of which include memory loss, night terrors, and panic attacks, among other challenges — the scars of which Piper realizes may be beyond her medical reach. And when Piper comes to witness more traumatic fatalities on the job she too begins to suffer from some PTSD effects of her own and is forced to confront her own internal injuries. While Piper becomes increasingly knowledgeable on treating the injuries of others, she also becomes increasingly aware that not all wounds are physical and not all treatment solutions can be found within the pages of a medical training manual.

Moreno’s debut is a visceral knockout with a wildly thumping heart — an acute meditation on human fragility and an exploration of compassion, fear, pain, and the ways in which we deal daily with trauma in all its forms. Packed with science, poetry and parable, In Case of Emergency pushes the reader to contemplate the plight and beauty of being human.