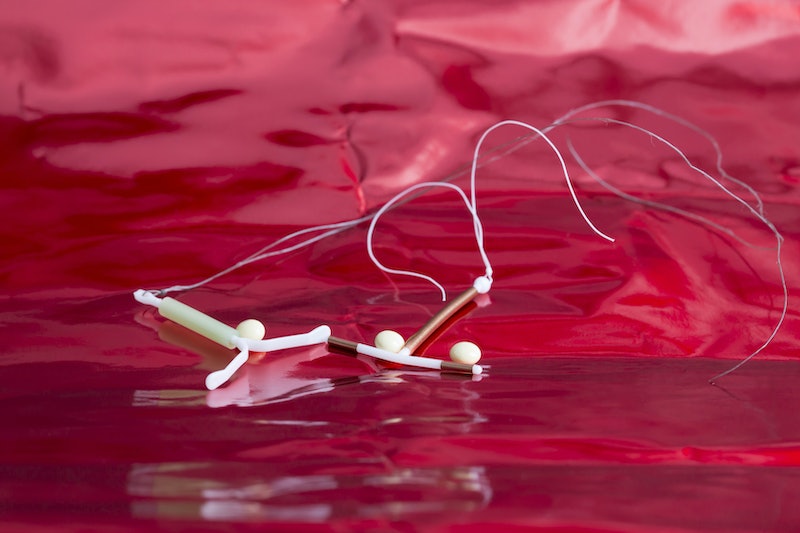 In an updated policy released Monday, the American Academy of Pediatrics named IUDs and hormonal implants as their recommended birth control for teenage girls. This professional endorsement is a big boost for the IUD, whose checkered history has earned it a lingering, and undeserved, bad reputation.

In the paper, released in the AAP's official publication Pediatrics, the group recommends IUDs and implantable rods for their high effectiveness and low-level of day-to-day accountability. In the first year of use, 0.8 percent of the women using Copper T IUD implants will have an unintended pregnancy, and 0.2 percent using the Levonorgestrel implant. The single-rod implant bests even the IUD, with 0.05 percent of women having unintended pregnancies.

The IUD is one of the most long-acting forms of birth control. According to Planned Parenthood, the cost can range anywhere from $500 to $1,000 up front, but the device can last for up to 12 years, depending on the model. Health care providers have set up monthly payment options for the IUD, too, which can get payments down to under $20 a month. The AAP notes that, despite the initial start-up cost, IUDs are generally less expensive than oral contraception over time.

So why, then, are the highly-effective and affordable IUDs so scarcely used? In America, only 9 percent of women of child-bearing age choose the IUD, the lowest percentage of any developed country.

The short answer: The IUD is the victim of a complete PR nightmare. An early version of the IUD called the Dalkon Shield was yanked from the market after over 200,000 women filed for damages for infertility and infections in the 1970s. The IUD, which is virtually unknown to nearly half of American women, had a hard time correcting these misconceptions due to its low profile.

For women who did know about the IUD, many were scared away due to high costs. Before the Affordable Care Act was put into place, many women could not afford the upfront cost of the IUD, even though its longterm effectiveness was often lauded by medical professionals as a worthy investment.

The AAP's recommendation reinforces the IUD championing of the last few years from medical professionals. But if groups like the AAP, which speaks to teens specifically, can dispel myths and inform teenagers early, maybe we can squash the IUD's bad reputation once and for all.