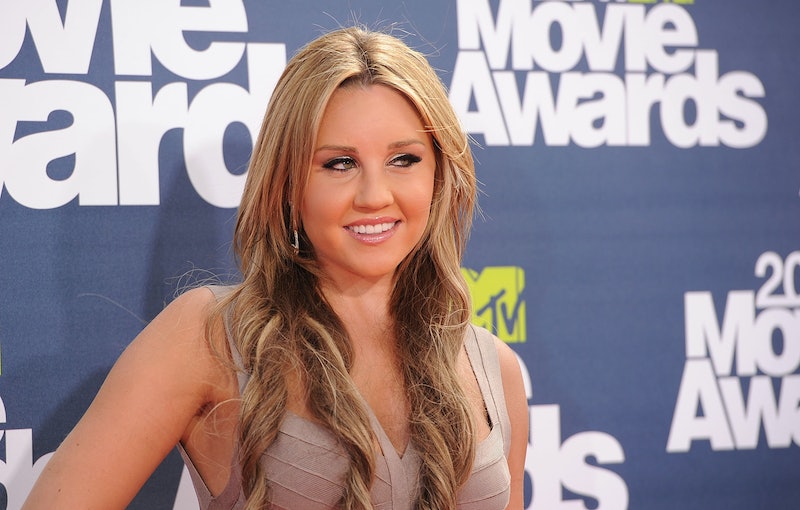 After months of good news for Amanda Bynes, the actress and former child star is in trouble again. According to E! News, Amanda Bynes was arrested for a DUI on Sunday morning at 3 a.m. The website has confirmation of Bynes' arrest from the California Highway Patrol. Bynes is said to have been charged with a misdemeanor and was taken to the Van Nuys police station on $15,000 before being released on Sunday afternoon.

Bynes has quite the history of legal trouble. In May 2013, Bynes was arrested for allegedly throwing a bong out of the window of her New York City apartment. She was charged with reckless endangerment, marijuana possession, and tampering with evidence. Since then, Bynes went on to complete a rehab program, enroll in the Fashion Institute of Design and Merchandising, and in June had her bong throwing case dismissed after she completed six months of counseling and had good behavior as determined by her judge.

Things seemed to be going well for Bynes, so it's unfortunate to see her in trouble again. According to E!, Bynes was given three years of probation in February from a DUI in 2012. At this point, it's unclear how this will affect her latest arrest. Bynes is set to appear in court on Oct. 23.