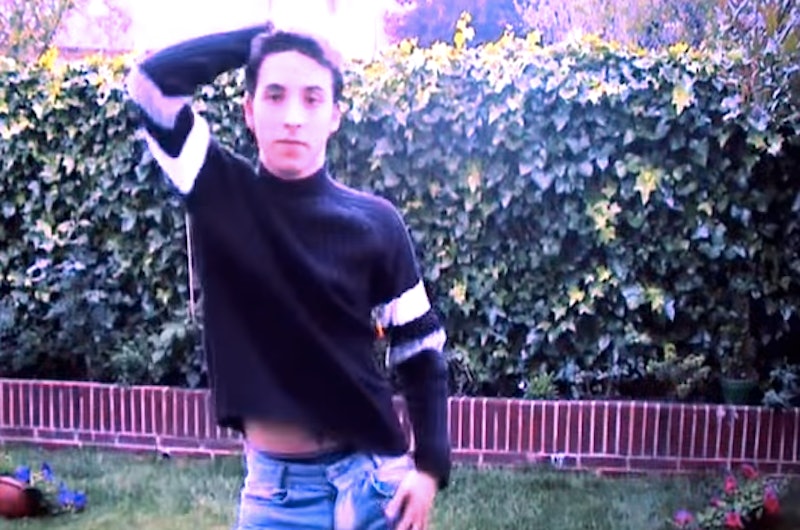 Because apparently Euro-dance group UPA Dance's "Sambame" ("Once Again") wasn't gay enough, the gay YouTube channel DentalTech1000 has gone ahead and gay-ed it right up, in the most irreverent, wonderfully low-budget way possible.

I'm not sure what I love more, the fact that the intended sexual orientation of the video has been denoted by a simple "gay" in brackets in the title, or just the fact that this parody even exists. Meanwhile, the guys in the video look like they're having such silly fun making it, I just want to jump in there and rub my hands all over myself while wearing bootleg jeans and Ed Hardy knock off shirts too.

The original video for UPA Dance's song features the most delightfully Euro Vision duo of dudes wearing studded white vests and tag teaming the female singer, whose biggest sartorial influence is clearly just "Xtina". UPA Dance, one of the most successful pop acts in Spain, was a "band" that emerged from a Spanish teen show, One Step Forward, that ran from 2001-2005, and apparently was quite popular. Still, if I had to choose someone to party with, despite UPA Dance's Christopher Meloni lookalike, it would be the dudes from DentalTech1000.

And the original, which is equally as amazing: