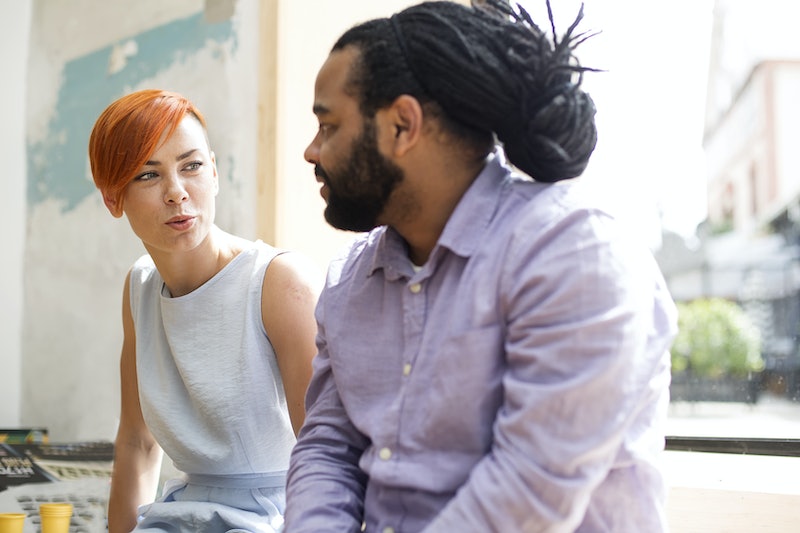 Jezebel’s Katie Baker asked a good question on Friday: Why do women qualify so many of our opinions with the verbal tic, “I feel like”? As Baker rightly points out, preceding your thoughts with “I feel like” is one of the quickest ways to make yourself seem sheepish, indulgent and unsure. Probably not the best strategy for persuasive communication, then.

But I feel like that’s not the only way women’s speech differs from men’s. (Oh wait, that’s not a feeling — that’s a fact.) Linguists have long recognized that women and men deploy words differently.

And it’s not just what we say, it’s how we say it, and how much. “Upspeaking” — turning declarative statements into questions — has been called an “epidemic”, and young women are the most susceptible. And in spite of clichés about overly chatty women, studies have shown that women actually talk less than men, especially in coed situations: When researchers Deborah James and Janice Drakich reviewed 63 studies comparing the amount of talk used by men and women in different contexts, they found that men talked more in almost every case.

So come on, ladies, let’s get our fucking act together and break (murder?) the “I feel like” habit — and all the other ones that minimize or downplay our opinions.