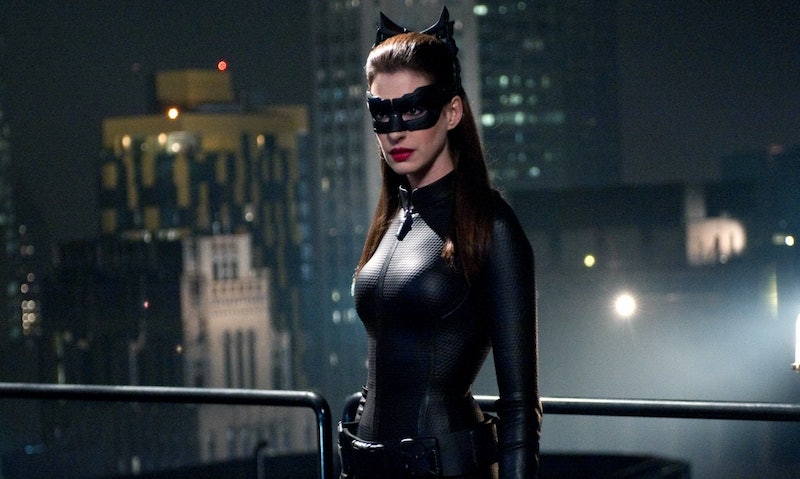 Science fiction has a storied history of featuring women as front-and-center protagonists: Kira Neyrs of Deep Space Nine, Selina Kyle aka Catwoman, and Alien's Ellen Ripley are among those who immediately come to mind. Breq, the protagonist of Ann Leckie's Ancillary Justice and Ancillary Sword (Orbit), slips easily into these hallowed ranks.

Breq was a soldier in the Radch army before she was forced to abandon her station to pursue a mission of vengeful justice, where she served as so-called ancillary soldier (artificial intelligence equipped with a human body). In Radchaii society, there is no gender binary — everyone is identified by the pronoun "she." Other cultures' languages still separate the genders, but for the Radchaii, biological characteristics are of very little consequence; so unimportant, in fact, that such descriptions go entirely unmentioned by the narrator (we later find out that even people with penises are referred to as 'she' in the Radch empire). The only hint the reader gets that there are distinctions in genders is when Breq's companion Seivarden — sickly, snobby, and a thief — is referred to as "he" by a non-Radchaii citizen (he is never given a physical description, and Breq refers to Seivarden with the female pronoun).

It's an interesting concept from Leckie, a tougher take on the old, What if girls ruled the world? concept. But even that is a gross oversimplification: Because Leckie provides no physical descriptions (hairstyles are once described, but in Leckie's world, as in our own, hair length is hardly indicative of gender) I have trouble even assigning a biological gender to Breq.

But does Breq's biology even matter once we know how she personally identifies? That Leckie raises these questions is more thought-provoking that it is confusing — and more importantly, the ambiguous gender assignments force the reader to face some hard truths about how people process and relate to female protagonists, especially when they are action-heroes or soldiers.

Breq is stubborn, determined, physically capable, compassionate, rude, a born leader, and tough to trick. What Breq isn't is all of these things "...for a woman." In the society that Leckie has created, that construct simply doesn't exist. Leckie abolishes the pesky trope of the strong female character so prevalent in sci-fi. Because what does the "strong female character" imply? It gives a special category to women who are nuanced, who are capable of embodying contradictions. But that is the human condition, and to imply that such a woman is not the norm strips all females of their essential humanity, their ability to make mistakes without being permanently condemned, and to triumph without their successes being written off as happening in spite of being female instead of because of it.

Breq essentially goes down the path of the traditional action hero: She carries the guns, kicks down the doors, nurses the sick and starving cast away princess back to health. She's uncompromising, a brutal fighter, always in control. In the reader's reality (and almost all of the media with which she's presented, too) the people who take up such quests are men. No wonder little girls grow up thinking that the people who contain the characteristics to go through with such a harrowing journey — physical strength, bravery, self-reliance, just to name a few — are all male. The message is that women might crave adventure, and feel anger, or guilt, or sadness, but we just aren't capable of acting on these emotions, while still being women.

I always smile when I see a little girl dressed up like Batman, but it makes me sad, too, because it's the only choice she has. She might not want to be a man, but does she does want to be like the Bat: to stand up for what she believes in; to fight, not be rescued; to be mysterious but not hyper-sexualized. When there are no women represented that way, of course she must choose to side with the masculine equivalent.

Characters like Leckie's Breq do good work to crush that idea that those are masculine qualities. These are qualities that any person can express, when pushed hard enough by the power of love, or hate — in Breq's case, it's both. Leckie's depiction of Breq levels the playing field by showing that if you simply change the pronouns on a couple characters you end up with the very real truth that hardship and victory, emotional and physical, do not discriminate based on gender. Breq opens up a possibility of world of literature and entertainment in which the paths characters take don't have to be defined by their genders.

Every female character should inherently be written with what the "strong female character" cliché implies, on the battlefield or in the kitchen or the classroom, whatever her chosen arena turns out to be. Which is to say that they should be written, quite simply, the way most men are: wide open.

More like this
'The Sandman’s Ending Is A Departure From Neil Gaiman’s Comic Book Series
By Kadin Burnett
I've Read The Harry Potter Books 30+ Times & This Plot Hole Haunts Me
By Kelsey Stiegman
The Biggest Differences Between 'Bullet Train' & The Book It’s Based On
By Arya Roshanian
We’ve All Had Bad Sex. Nona Willis Aronowitz Is Talking About It.
By Sophia Benoit
Get Even More From Bustle — Sign Up For The Newsletter