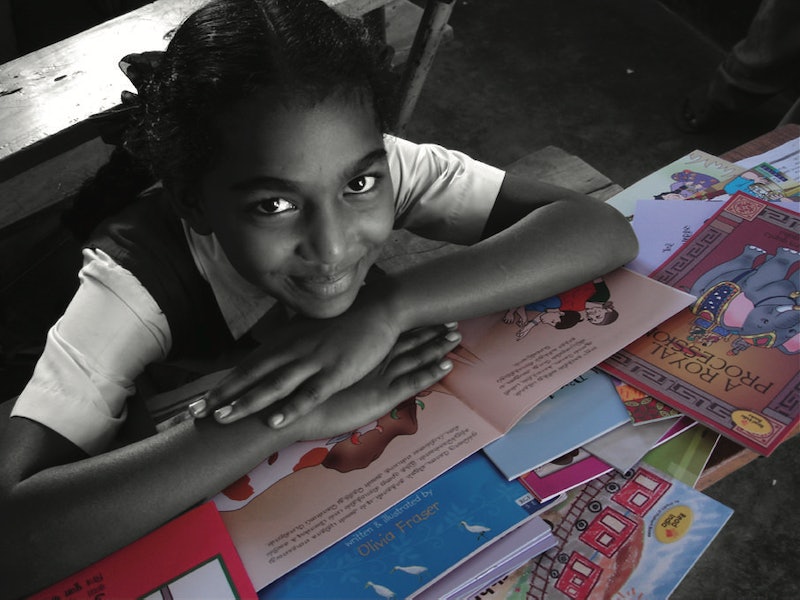 Women stood strong in the list of finalists for the Young Readers Literature category for the first annual Kirkus Prize. In the list of six books, four were written by women and three had female illustrators. Further, women are represented in each of the three subcategories in the Young Readers' award. Of the 12 finalists in the adult fiction and nonfiction award categories combined, six were written by women.

Beginning this year, the highly respected book review site Kirkus decided to select 18 books to be finalists for its Kirkus Prize, including six chilren's and young adult books, divided among two picture books, two middle grade books, and two teen books. The winners in each of the three major categories will be announced on October 23 in Austin, Texas. Winners will receive $50,000.

Three judges chose the finalists for the Young Readers category; all books given a starred review from Kirkus published between November 1, 2013 and October 31, 2014 were automatically eligible. This year's judges are Dr. Claudette S. McLinn, executive director of the Center for the Study of Multicultural Children’s Literature; Newbery Medal winner Linda Sue Park; and Kirkus Reviews contributor and former children's librarian John Edward Peters.

The Young Readers finalists included three books that are either nonfiction or based in real events, an interesting trend in the children's literature market.

Kate Samworth's picture book will appeal to adults who can see its satirical edge as much as children, who will certainly be pulled in by the stunning oil and ink illustrations by Samworth herself. The unique book works as a faux catalog, used after the near extinction of birds, where kids can order feathers, tails, and feet, among other things. Along the way, readers learn about actual threats to birds today.

The Right Word: Roget and His Thesaurus by Jen Bryant, illustrated by Melissa Sweet

Wonderful, spectacular, delightful, brilliant — a veritable thesaurus (get it?!) of adjectives could describe Jen Bryant and Melissa Sweet's picture book about the early life of Peter Mark Roget, best known for publishing his thesaurus in 1852. Despite Roget's dark life, the duo's picture book is vibrant and full of life, especially with Sweet's watercolor images mixed with ledger paper and other vintage elements.

The two middle grade selections are unique in themselves, including a sequel to a beloved series and a touching graphic novel.

The Key that Swallowed Joey Pigza by Jack Gantos

The first book in the Joey Pigza series was a National Book Award finalist, and Jack Gantos' charm and whimsy haven't died down at all even now, with the fifth and final book in the series. Joey Pigza, the beloved character with ADHD that always seems to get him in trouble, is back and ready to face his biggest obstacles yet.

Cece Bell wrote and illustrated her memoirs about growing up deaf in the graphic novel El Deafo. Cece felt like a superhero when she was given a Phonic Ear to help her hearing, but she isn't always treated like one by her peers. The graphic novel is touching, and its illustrations only work to enhance the story, showcasing what Cece feels and experiences even when she can't hear words.

In the final category, books for teen readers, the two selections could not be more different, but they both tackle serious issues in sometimes unexpected ways.

The Story of Owen: Dragon Slayer of Throndheim by E.K. Johnston

E.K. Johnston's novel flew a bit under the radar this year, but it is certainly not your ordinary fantasy story. Yes, there are dragons, but you've never seen dragons like these. In this wry story, the dragons are attracted by pollution from fossil fuels, so humans have so much more to fight off than the power of Mother Nature. And now that governments and corporations are purchasing and sponsoring dragon slayers, saving a community is at the hands of only the rich and powerful.

On the 50th anniversary, Don Mitchell's nonfiction novel tells the story of the Mississippi murders of James Chaney, Andrew Goodman and Michael Schwerner, three civil rights leaders who were killed by the KKK. These three men, two white and one black, were working to help African-Americans register to vote when they were murdered, and Mitchell sets the scene, exploring racism in Mississippi, the men's disappearance and murder, and the aftermath to get a full look at the historical context of the brutal events.

Each of these books is completely unique and has so much to offer young readers; there's no easy front runner, so all eyes will be on Austin at the end of October for the winner.