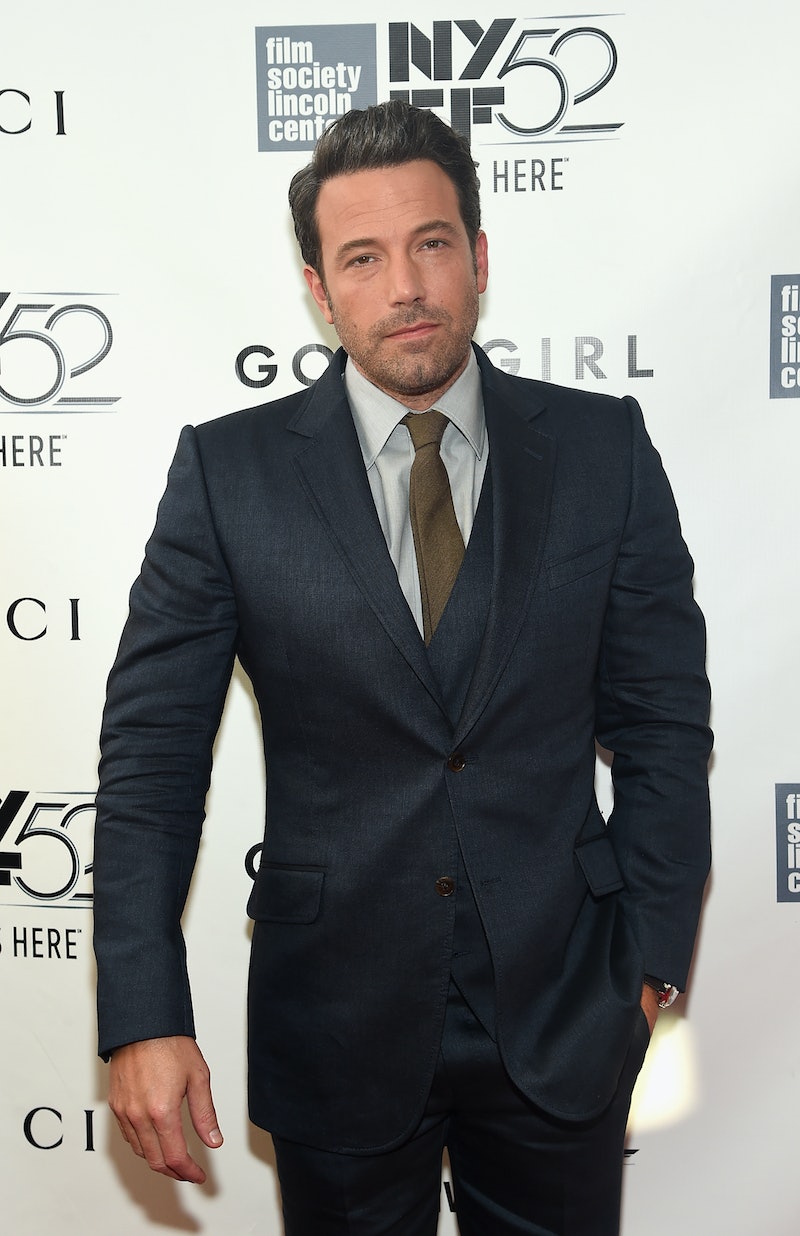 Ben Affleck may have received a lot of criticisms for being cast as Batman in the upcoming DC Comics film Batman v. Superman: Dawn of Justice, but this seems like an even worse reaction to his casting than the entire Internet being against his casting: In a new appearance on The Tonight Show Starring Jimmy Fallon to promote this Friday's release of Gone Girl, Ben Affleck revealed that his kids don't care about him playing Batman, because they're too obsessed with Disney's Frozen to even care.

"If I was doing the sequel to Frozen, I would be a hero," Affleck explained. "But my two older daughters could give a sh*t about Batman. They love Frozen. The indignity is so great that they have now passed that affection on to my two-and-a-half-year old son." Ouch. There's one $100,000 batsuit gone to waste.

Affleck goes on to mention a Frozen cover that Fallon did on The Tonight Show with Idina Menzel herself, which consists of house band The Roots, Fallon himself, and Idina Menzel singing "Let It Go" whilst playing the tune on classroom instruments. Apparently, his son wanted to watch Frozen so often that Affleck took to showing him that clip instead, since it's much shorter in length — but his son ended up wanting him to just sing along anyway, like "the man" Jimmy Fallon.