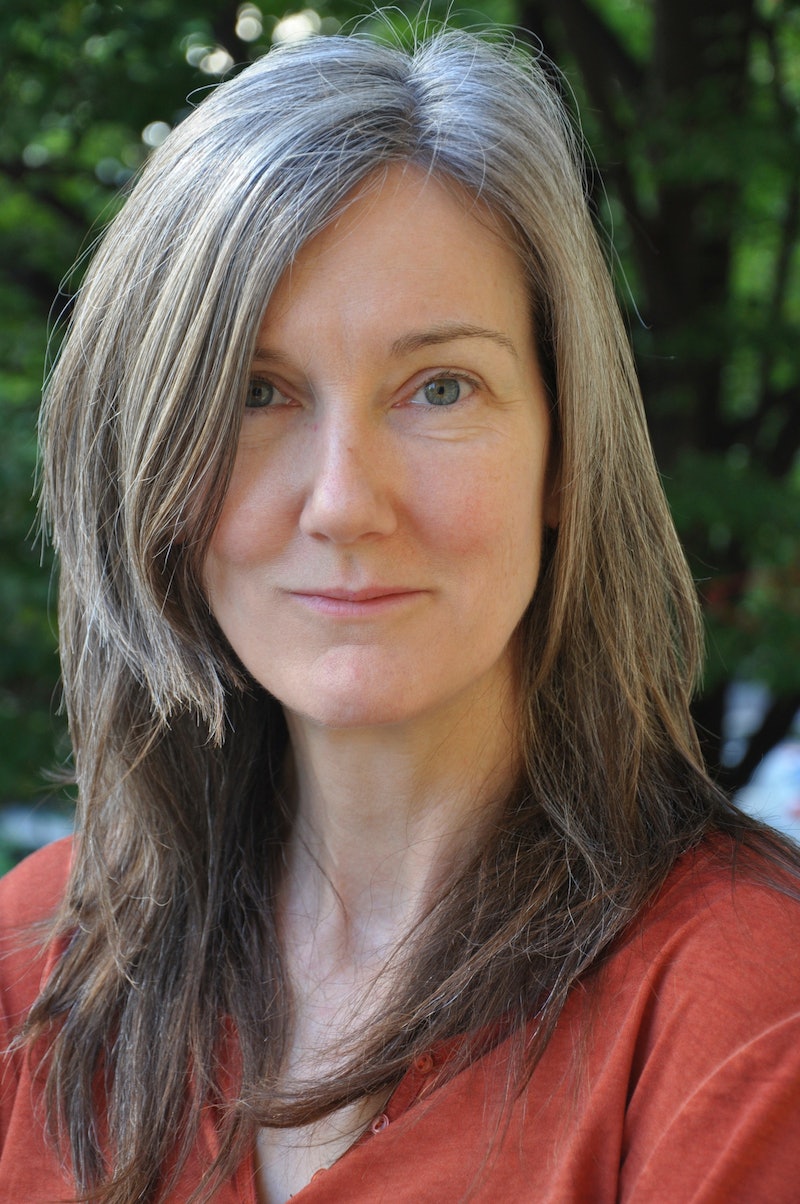 Warning: You're picking up a book that's... well, weird. Nell Zink's The Wallcreeper (Dorothy Project) is a strange, funny, super-engaging book by an ex-pat author living in Germany. Zink writes adultery and eco-terrorism and odd plot turns; all of the book's action seems built on impulse. Even when you feel like you understand the narrator’s thinking, it’s impossible to predict what she’ll do next.

After only dating him for a few weeks, Tiffany marries Stephen, a man of erratic intelligence with a passion for drugs, dub step, birdwatching, and environmental activism. Tiffany’s voice is flat, funny and hard to assess — is she ironic or sincere? Does she have affection or disdain for Stephen? As the plot unfolds, it's hard to see what these characters value; in many ways, the world appears limitless because they are willing to abandon and pick up any old thing — lovers, jobs, etc. Because of this insouciance, nearly every conversation appears as a non sequitur. Stylistically, this definitely funny and is good for keeping a quick pace, but the absurdity does distance the reader from the text.

In the very beginning of the book, after a session of terrible marital sex, Tiffany thinks, “I didn’t say anything. I acted like in those teen feminist poems where it’s date rape if he doesn’t read you the Antioch College rules chapter and verse while you’re glumly failing to see rainbows.” After this distasteful quickie in the kitchen, Tiffany feels free of the bonds of love, entirely unburdened by a desire for intimacy. This ambivalent relationship continues to puzzle and surprise the reader throughout the story. At times, she and Stephen do appear to be in love, but they are also such unpredictable pragmatists, it’s easy to believe they would be perfectly fine without the other. Their's is a dispassionate, quirky love, with a lot of room for secrecy and comfortable distance.

Nell Zink's treatment of marriage and monogamy is particularly interesting as Stephen and Tiffany don’t quite have an open relationship, yet aren’t exactly jealous of each other’s affairs, either. The biggest draw for Tiffany is the fact that her husband’s well-paying job allows her not to work; and for Stephen, he’s found a remarkably tolerant woman, open to all varieties of strangeness in life — even grudgingly will have his babies eventually. She takes up bird-watching with him; she moves to Europe; she allows him to sleep with her sister. And through this all, Tiffany is not a pathetic or dejected character. She finds a better lover than Stephen, in the form of a foreigner incongruously named Elvis, and she appears to be genuinely unconcerned with monogamy or infidelity:

If you believe in marriage as an institution the way Stephen did, one thing you definitely don’t want is to try it more than once. If Stephen married Birke, the marriage would end, because for her it was one option among many. Whereas if he stuck with me and saw her on weekends, he and I would one day share a headstone. Game, set, and match Tiffany.

We’ve all read post-modern novels about disaffected characters who have weird sex and feel mildly sad about it but mostly remain numb and devastatingly blasé. The Wallcreeper is not that novel. I read Tiffany as a feminist character, because she is staggeringly rational and dispassionate about her choices in life and love. She doesn't appear independent in the conventional sense, because her absolute refusal to work makes her financially dependent on Stephen — yet Tiffany's worldview is idiosyncratic and certain. She learns in Berlin that people don't consider her a feminist because of her life with Stephen. She briefly envies the kind of woman who's passionate about about a something scholarly or professional, and then gives up her career to have children, and bakes and feels fulfilled. But this impulse, too, passes.

In some ways, this novel feels so un-American in its lack of striving. Tiffany isn't pursuing a career, and when people ask her what she does with her time she answers in German, small chores. She cleans the apartment; she has sex; and eventually in a pivotal turn, she gets involved in eco-terrorism. And though The Wallcreeper is in many ways wild, there is heartache and real emotional depth, too.

When tragedy strikes, and we observe the characters' reactions, I wonder in what way is Tiffany preternaturally gifted or damaged, to view life as she does, where nothing hurts her too badly. The Wallcreepr is saved from bleakness because Zink never precludes the possibility for humor. Life for Tiffany does finally work out, and she tells us she has written the book in our hands. Her experiences suggest that if you aren’t attached to anything in particular — location, romance, a career — the world is full of equally enticing possibilities.