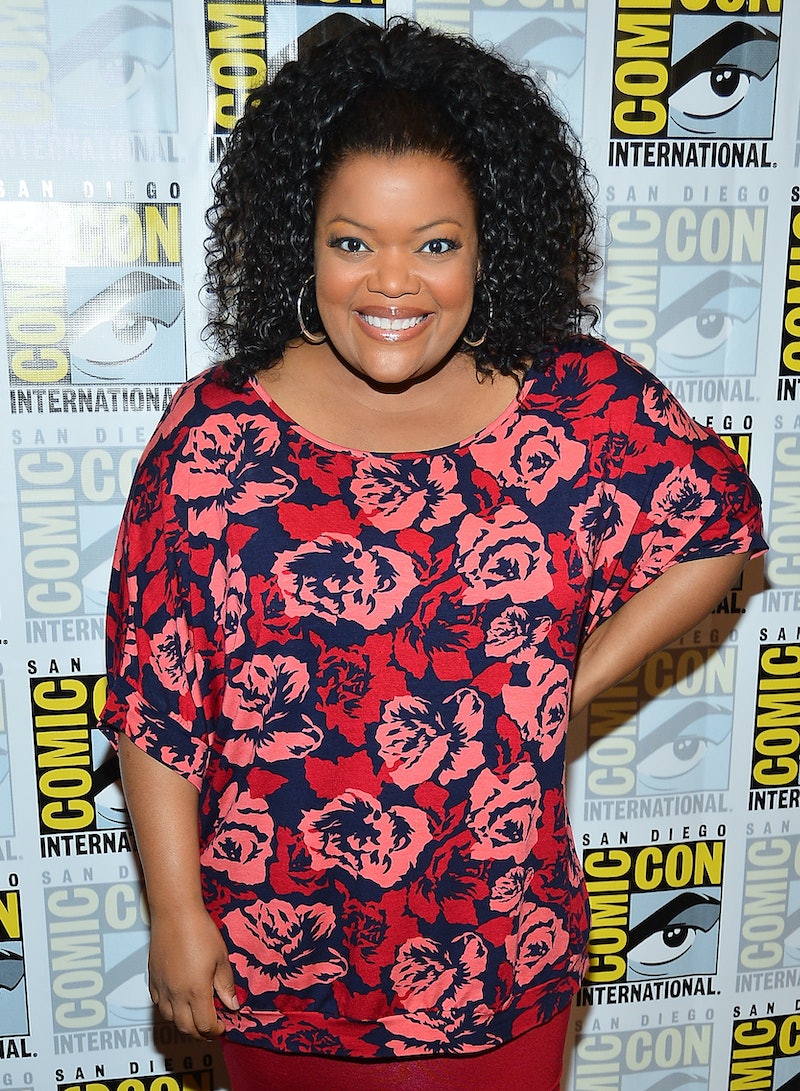 Even after making the move from NBC to Yahoo! Screen, Community loses another season regular, but this time for more personal reasons. Yvette Nicole Brown, Shirley on Community , announced Tuesday that she would be leaving the show's sixth season to take care of her ill father. Brown asked to be released of her contract with Sony Pictures TV and executive producers obliged. Brown says, in a released statement to TV Guide, "The idea of being away 16 hours a day for five months, I couldn't do it. It was a difficult decision for me to make, but I had to choose my dad."

The show will certainly miss Brown. In a joint statement, executive producers Chris McKenna and Dan Harmon said, "Yvette was an integral part of Community and is irreplaceable. We are sad to see her go and wish her the very best." TV Guide reports that Brown will keep her recurring role on the reboot of The Odd Couple on CBS. This announcement confirms that the sixth season will look completely different than the past five. In Season 5, Chevy Chase and Donald Glover both left the show, and Jonathan Banks — who joined last season — won't be returning as he is set to star in AMC's Better Call Saul. Good news is there are a plethora of cast members returning for the sixth season, including: Joel McHale, Alison Brie, Gillian Jacobs, Ken Jeong, Danny Pudi, and Jim Rash.

So how will Brown's absence affect the sixth season? Well, she doesn't have any worries about how she will be written off. "I'm glad it won't be hard for them to explain where she is. She has three kids, a degree and a business. There are a lot of ways to explain her [departure]," she tells TV Guide. And while it is important for Brown to focus her time on her father, it is important to note that she is leaving on good terms with the show, and could still potentially come back for guest spots if the plot allows, and she is able to take the time. While we are sorry to see Brown leave Community, we are happy that she will get to spend much needed time with her father.