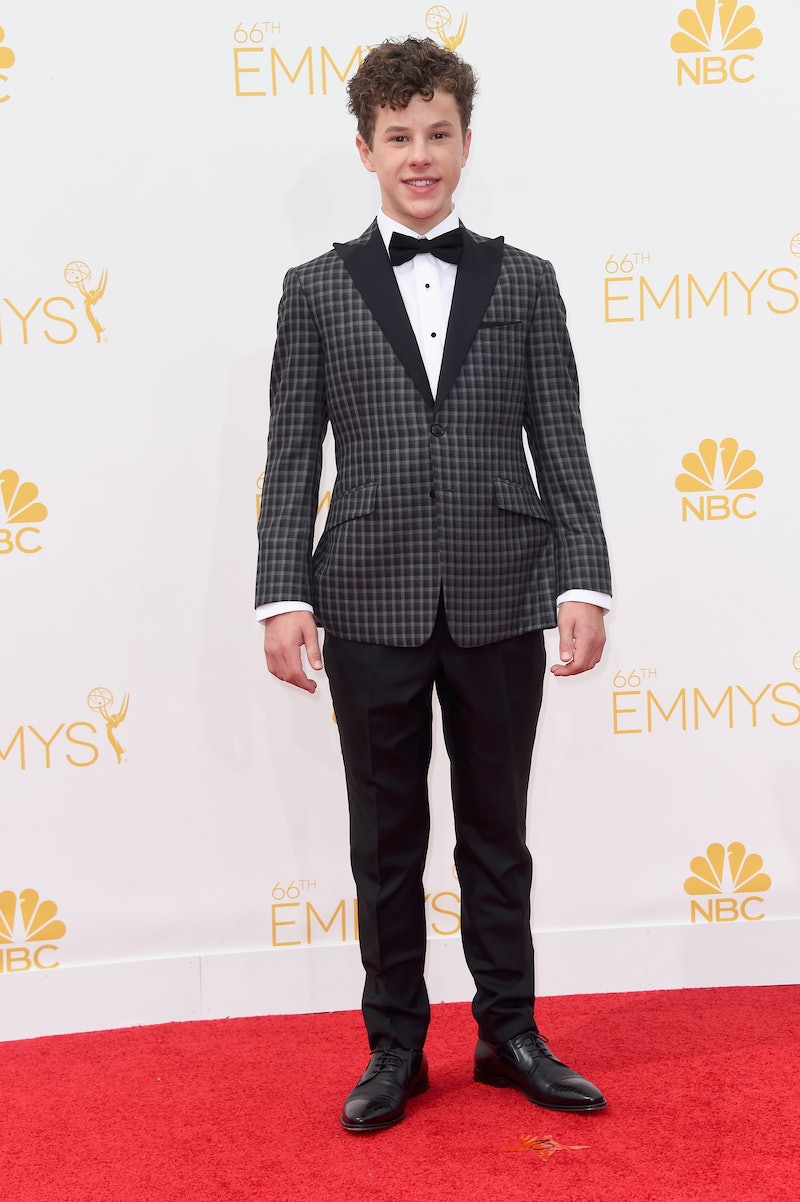 As all fans of ABC's Modern Family know, Nolan Gould's Luke Dunphy is not necessarily the sharpest tool in the shed. Luke has literally ran through a glass door thinking it was open, for goodness sakes! And it must be hard to always be compared to a sister like Alex, who might actually be a genius and is really nothing like the other two Dunphy kids. Somehow, even when he does or says something insanely moronic, Luke is still endearing and adorable, especially if he's able to offset his silliness with a snarky comeback to his sisters' insults or provide a kernel of wisdom when everyone else around him is descending into madness. Oddly enough, even though Luke Dunphy has had quite a few dunce moments over Modern Family's series run so far, his real-life counterpart Nolan Gould is actually a genius — seriously.

That's right, the actor who plays Luke actually graduated high school at the age of 13 and is a member of Mensa, a society for people with high IQs. And what is his intelligence level you may ask? Well, his IQ is reportedly 150. He answered some questions about his intelligence during an appearance on The Ellen Show.

While Luke may never be as smart as the actor who plays him, he has had a few moments of brilliance. Luke usually provides Manny with the devil side of his conscience and convinces him to take risks and do things that may not always be allowed or smart. It actually makes Manny more likable and act much more his age, which is something he's definitely not used to doing.

And sometimes Luke's slight cluelessness can be a blessing as it helped him get through to his mean old neighbor Walt and the two quickly formed a sweet friendship.

Then there's the revelation that Luke is actually a brilliant singer as he took the stage as The Phantom in Cameron's junior high school musical directorial debut of The Phantom of Opera, despite Manny being desperate for the part.

And finally, of course, there are Luke's many, many quick and witty comebacks to his sisters' comments. How Luke is able to best Alex is quite the surprise. I chalk it up to Luke saying the first thing that comes to mind, which might prove that he could be actually smarter than us all.