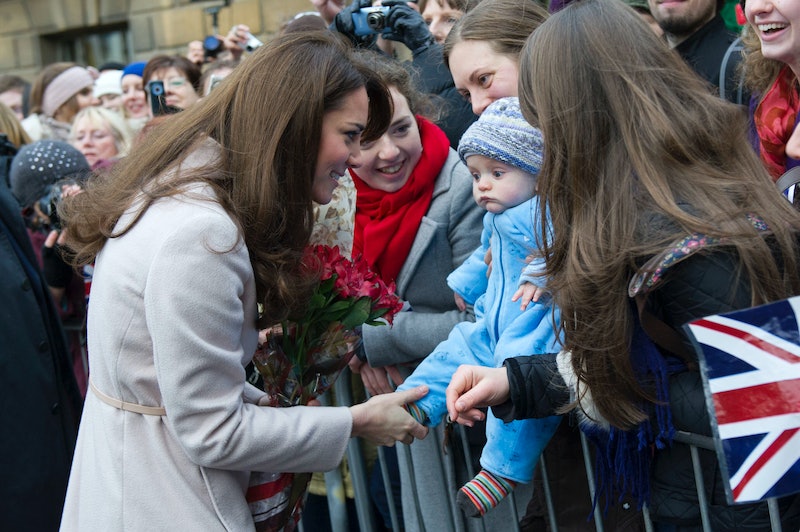 More bad news for women who are uppity enough to want to have both a job and a child: New data from the UK found that a full 14 percent (that's about 50,000) of the 340,000 women who take maternity leave each year find their jobs "under threat" when they return. So much for "opting out"... or even taking maternity leave, it seems.

Yvette Cooper, who was the first female U.K. government minister to take maternity leave while in office, wrote about the situation in The Independent, including the personal difficulties and prejudice she faced. And she's demanding a call to action:

“The scale of discrimination during maternity leave is a hidden disgrace. The new figures show up to 50,000 women don’t have a job to go back to – often because employers think they don’t have to take new mothers as seriously. Many find their job changed with no consultation, many miss out on pay rises too. Half of returning mothers say the job they returned to was worse than the one they had before. We need national action to deal with maternity discrimination including tackling irresponsible employers who are breaking the law.”

I'm glad she's encouraging national action in her country, but can we get some in ours, too? It seems like at least a few times a week I'm reading something about how goddamn horrible it is to be an American woman who wants to have a job and also a family. We're one of the only countries in the world where women don't have the right to paid maternity leave, our postpartum practices are terrible, we can't stop fighting the mommywars and the opt-outers of the early 2000s want back in. Something must change, and soon.

It's my hope that the workplace will become more flexible as telecommuting, coworking and nontraditional jobs become more popular and more common (hear that, Marissa Mayer?), but that won't fix the ongoing societal stigma attached to working mothers, even those with a great deal of privilege.

More like this
The Best Time To Date After A Breakup, According To Experts
By Bustle Editors
Your Daily Horoscope For August 9, 2022
By Mecca Woods
The 4 Most Athletic Zodiac Signs
By Brittany Beringer
Myra Magdalen Is TikTok’s Queen Of Chaotic Maximalist Fashion
By Sophia Moore
Get Even More From Bustle — Sign Up For The Newsletter