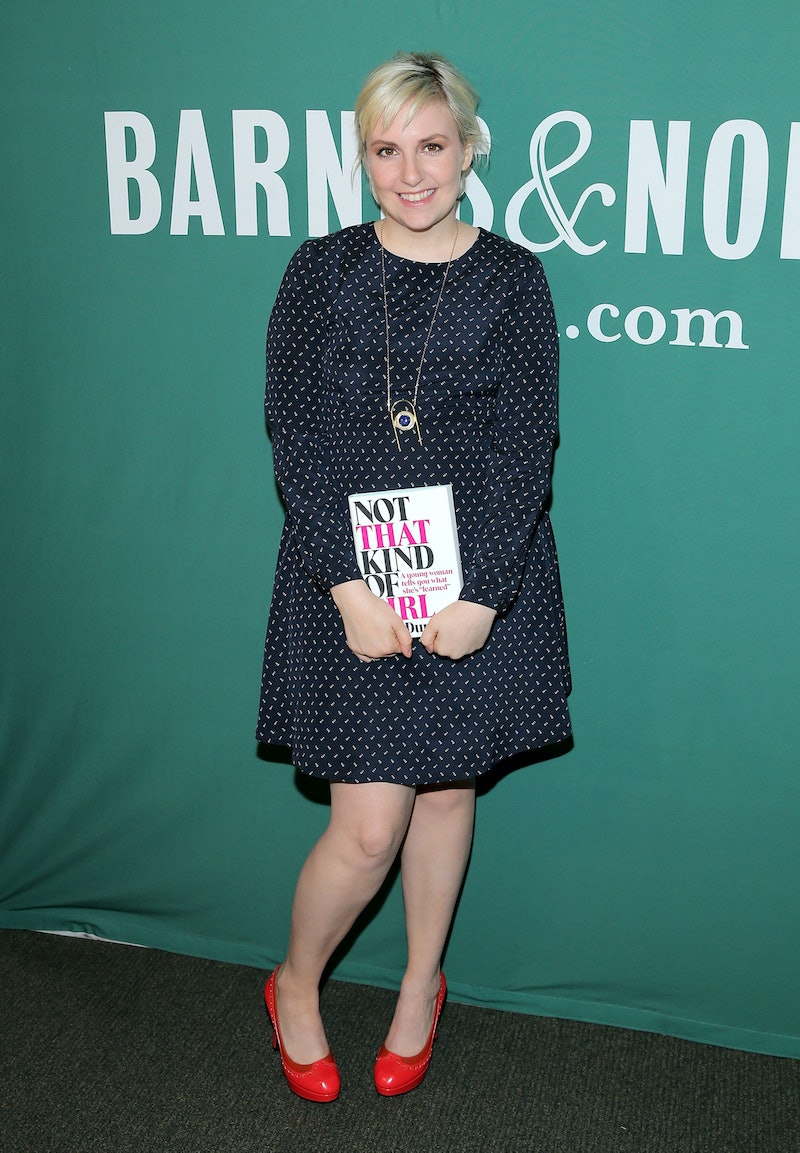 It's been a hectic 24 hours for Lena Dunham since the release of Not That Kind of Girl , her much-anticipated book of memoir essays . She appeared on Howard Stern's radio show, came out of her tour backlash against unpaid performers, and kept her composure as opinions about her book rained down on her. But Dunham fans and loads of women and men everywhere were quick to point out that while haters gonna hate, Not That Kind of Girl is kind of amazing.

People were anxious to get their hands on Dunham's book yesterday, and many have already dug far into its pages. Here's what we learned from Twitter, as the first reactions started to roll in.

It's Impossible to Put Down

I don't know, sounds productive to me.

One word: Helmet. Solves everything.

I see no problem with this.

Both Men and Women Are Digging In

This probably isn't surprising to Dunham fans, but her essays have been given readers some serious LOLs.

Just tell your teacher that staying on top of feminist pop culture is just as educational in the long run.

Let's get #kneeslappers going. We could all use a good knee-slapper.

Thanks, Sally, for pointing out that "vicious tide of public opinion." The Twitterverse hasn't always been kind to Dunham, jumping on her for her multi-million-dollar book advance (where was this with male comedian Aziz Ansari?), not paying her book tour acts (which she remedied, acknowledging and apologizing for her clear hypocrisy), and then the just general perpetual trolling that seems to surround her.

It's Bringing On More Trolls

Not that we expected the vicious trollers to just actually sit and read Dunham's book with an open mind, but the book release seems to have fueled the fire behind some people's hatred. And that was only amplified by avid Howard Stern listeners this morning, as they listened to Dunham on his show. While we won't post the vitrol, which was mostly misogynistic and body-shaming, we will give you this tweet from beloved poet and memoirist Mary Karr:

People may write off Lena Dunham, and they do, but the book should be taken as an independent work and assessed its merit without needing to shame Dunham herself for her life.

Dunham may not be your favorite person (or she may be!) but that doesn't mean she doesn't have things to say about issues in young women's lives, such as date rape (yes, that's in there), body issues, falling in love, and other universal feelings and events. And she's saying them pretty damn well.

More like this
The Most Anticipated Books Of August 2022
By K.W. Colyard
Candice Carty-Williams’ New BBC Drama Will Be “A Love Letter To Black British Music”
By L'Oréal Blackett and Sophie McEvoy
Woodstock Co-Founder Michael Lang Faced Several Lawsuits After The 1999 Festival
By Brad Witter
The Biggest Differences Between 'Bullet Train' & The Book It’s Based On
By Arya Roshanian
Get Even More From Bustle — Sign Up For The Newsletter