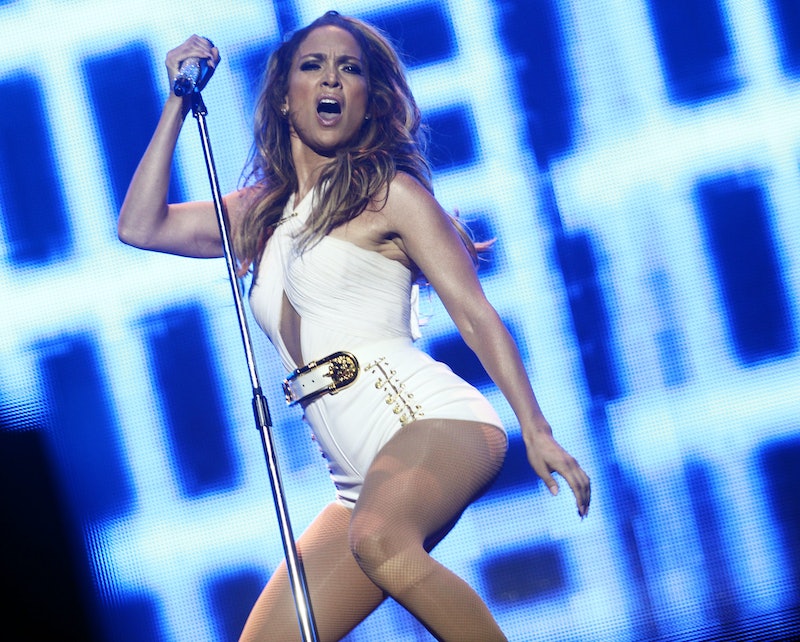 Sometimes it pays to stay chummy with an ex, as is the case with J. Lo and Diddy née P. Diddy. On Tuesday’s Access Hollywood Live, Billy Bush instigated some bootylicious comments from the music mogul, asking him what he thought of the Lopez's recent “Booty” music video with Iggy Azalea. In response, Diddy called Jennifer Lopez’s booty a "work of art" — also being sure to note that he was very grateful for having her in his life — like some sort of museum connoisseur, or at least a former patron. Because, y'know, they dated.

Back at the turn of the millennium, Lopez and Diddy dated. It was a different time: Diddy was going by the name Puff Daddy and J. Lo wasn’t an American Idol judge. But Diddy had only good things to say about his ex, proving that sometimes your old boo is the best hype man out there. "Oh my God. I’m so lucky to have that great woman in my history. She is one of the greatest I’ve ever seen," he said as Billy Bush awkwardly made Diddy watch the "Booty" music video.

Even if Bush was just asking about what Diddy thought about her butt, Diddy was still respectful of Lopez, the tour de force and business woman. "I mean, it’s great. It’s a work of art. It’s something that will go down in history, for real it will. But her? Also her talent, her drive, her determination. She will never give up. She’s a great friend of mine. Always will be my friend... And, I mean, that thing is just incredible."

But apparently that wasn’t what Bush was after because he bothered Diddy again about the butt, asking whether he thought it rivaled Kim Kardashian, creator of the booty selfie. "No disrespect Kanye and Kim, but that thing right there is something special," Diddy ended up saying.

OK, so the booty comments might have been the only thing Bush was after, but it’s important to see that Jennifer Lopez is more than her butt and that her ex respects her enough to note that. They've come a long way since they broke up. Jennifer Lopez is a working mother with a new single. Diddy has an honorary doctorate.

It has been nearly 15 years since Diddy and Lopez dated for that two year period in the late '90s, but they’ll always have the memories and that photo of them at the 42nd Grammys where J.Lo wore that low-hanging green Versace number. And of course, their friendship. Always.