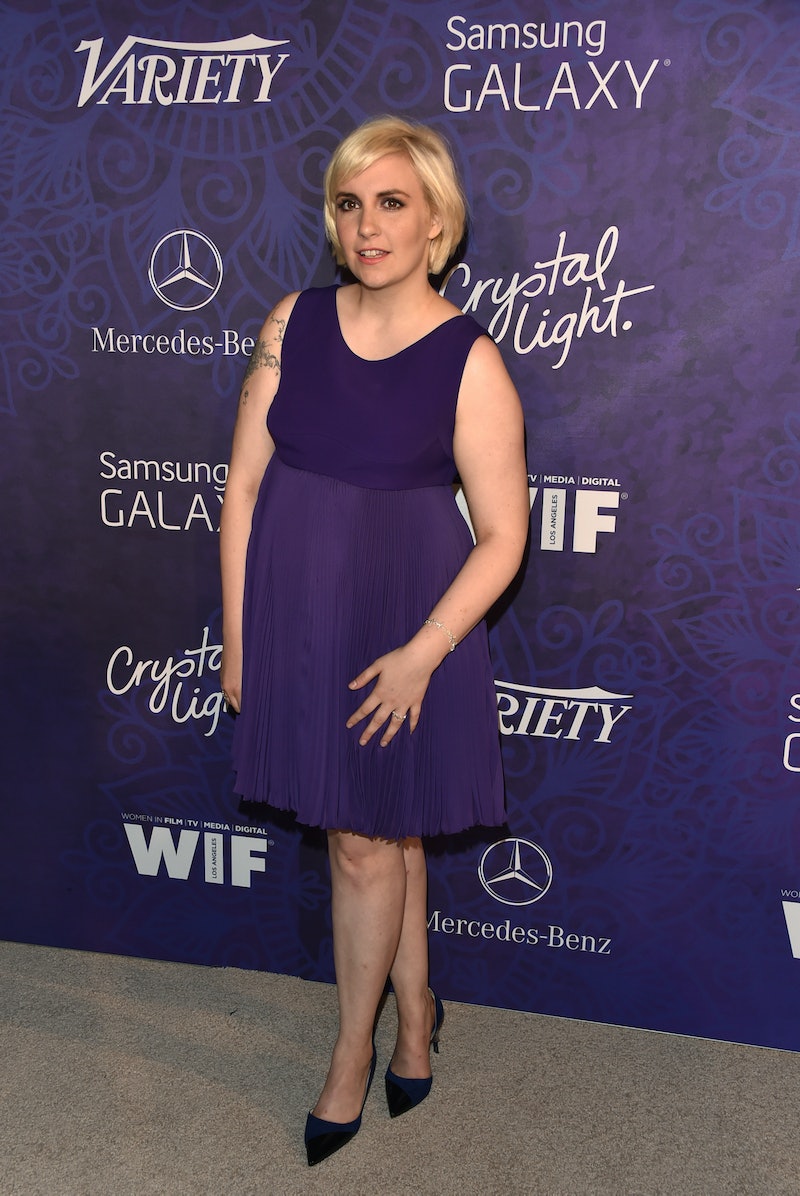 In her new memoir Not That Kind of Girl, Lena Dunham has opened up about being raped, and as T IME's Eliana Dockterman wrote, it's an absolute must-read essay for both men and women. The crucial piece to the essay is that, after Dunham was raped, she didn't immediately realize that what had occurred was rape. In fact, she blamed herself for the encounter, and "burst out laughing" when her friend told her that she had been sexually assaulted. In a world of victim-blaming and sex-shaming, Dunham's story is horrifyingly familiar, and it may help other survivors of rape to speak out.

In the essay, Dunham talks about a "terribly aggressive" sexual encounter with a guy she calls Barry. It begins at a party, where she is drunk and high on cocaine and Xanax.

Barry leads me to the parking lot. I tell him to look away. I pull down my tights to pee, and he jams a few of his fingers inside me, like he’s trying to plug me up. I’m not sure whether I can’t stop it or I don’t want to.

She continues the essay discussing how she spends her time back at her room with Barry, who led the way, trying to convince herself that the encounter is consensual, though she didn't give her consent: This is what grown-ups do, she repeats to herself like a mantra.

In the essay, she describes "coming to a little" and "realizing this is not a dream" as Barry shoves himself into her, without a condom (she sees the condom first on the floor and second in her roommate's tree — why does he think it's OK to take it off, she wonders), and "pushing his dick into [her] face."

The next morning, after she throws Barry out, she is so sore that she has to sit in a hot bath to soothe herself. That's when her friend Mike tells her the words that have haunted her since, something Barry told him.

Well Barry called me today and said he woke up in the hallway of his dorm. Said he deep-dicked some girl, but he has no idea who.

She is still sore a week later.

Now this is the story that the courts would have probably dismissed, before new laws like the ones in California that focus on how "yes means yes" rather than "no means no." Technically, Dunham can't remember saying no. She can't remember because she was incapacitated. And while it may have been confusing to Dunham at the time, and to so, so many other girls today, it is rape, plain and simple. But Dunham experienced the ordeal as many women still do. In an interview with NPR, she describes what she felt in the moment:

I was at a party, drunk, waiting for attention.... And somehow that felt like such a shameful starting-off point that I didn't know how to reconcile what had come after. But I knew that it wasn't right and I knew in some way that this experience had been forced on me.

She speaks similarly in the book itself:

I feel like there are fifty ways it’s my fault…But I also know that at no moment did I consent to being handled that way.

Dunham has always portrayed sexuality honestly, whether in Girls or in her other works, and this book is no different. Feeling that because you drank alcohol or wanted male attention, that you somehow deserved or were "asking for" rape, it's a feeling that plagues our society, perpetuated by the media and court system.

But Dunham isn't afraid to speak candidly about it. She told NPR:

The chapter about date rape in the book was a really, really terrifying thing for me to put into the world because...we are also having this massive moment of cultural awareness about campus assault, which is a very gratifying thing to see and I hope it leads to incredible change.... But at the same time, I think I knew that sharing that experience was — I not only felt it was important because of what I was seeing other young women go through, I felt it was important because of what it was going to give me spiritually to not be hiding that anymore.

Dunham has been called an "oversharer" and has said herself that she doesn't believe in TMI. But in this current world where rape is far too common and public understanding of what it entails is still incredibly limited, it's definitely time for what others call "TMI." Dunham was already a vocal advocate for sexual-assault survivors, particularly on college campuses where her own rape occurred. Talking about her own experience is the ultimate act of solidarity with those women. It can be hard to believe that even women with critically acclaimed TV shows who get seven-figure book deals have been in situations where they didn't "consent to being handled that way" and were anyway and felt like it was their fault. In her honest essay, Dunham reveals that she, too, is that kind of girl.

More like this
16 Novels That Paint A Realistic Portrait Of Abortion
By K.W. Colyard
5 Gripping Books To Read From Women’s Prize For Fiction Winner Ruth Ozeki
By El Hunt
25 Spell Books For Every Type Of Witch
By K.W. Colyard
10 Must-Read Books Out This Week
By K.W. Colyard
Get Even More From Bustle — Sign Up For The Newsletter