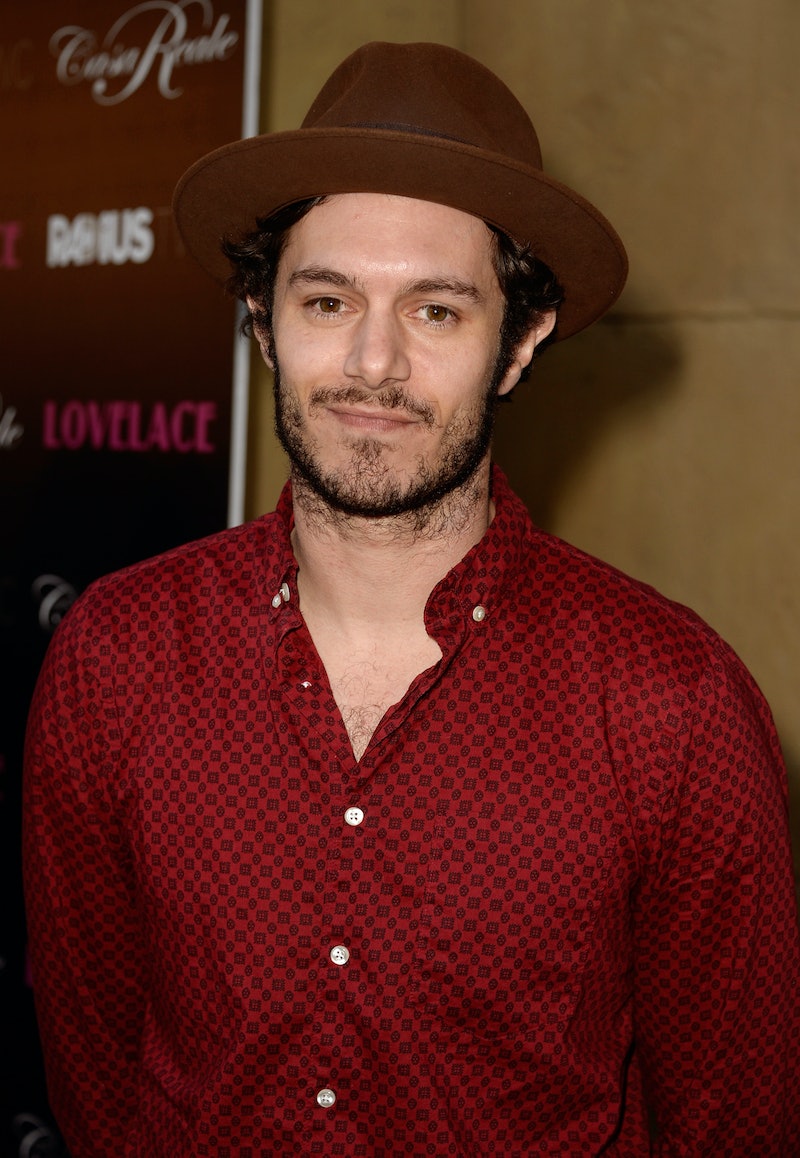 I know, it's hard to believe that anything existed before Seth Cohen — including Adam Brody. Obviously no offense to Brody, it's just that everyone on this planet and the next fell in love with The O.C.'s resident cool-nerd. And also because it's really hard for me to believe that Brody isn't actually Seth Cohen in real life because there's onscreen proof. Gilmore Girls is now streaming on Netflix and even though you've probably forgotten every other man on the series because Jess Mariano is all that matters, there's actually someone worth remembering. Adam Brody starred on Gilmore Girls during Season 3 as Lane's boyfriend where he basically played Seth Cohen before Seth Cohen, Dave Rygalski.

Brody appeared as Lane's first boyfriend and fellow bandmate Dave in nine episodes during Gilmore Girls third season. Before his departure from the series to go to The O.C., Brody appeared in the following Season 3 episodes: "Application Anxiety," "One's Got Class and the Other One Dyes," "They Shoot Gilmores, Don't They?" "Deep Fried Korean Thanksgiving," "Lorelei Out of Water," "Swan Song," "Face-off," "Keg! Max!" and "Say Goodnight, Gracie." (Dave conveniently moved out to California for college when Brody left Gilmore Girls.) But in nine, short episodes, Brody gave us the perfect preview to what we were going to get when FOX premiered The O.C.

So, here are all the moments where Dave Rygalski was the original Seth Cohen on Gilmore Girls:

Always looking out... with sarcasm.

If Seth Cohen Didn't Play Video Games, This Would Be Why

When He Asked This

The struggles of the nonreligious.

When He Exhibited Excellent Sarcasm

If that's not Seth Cohen, I don't know what is.

And Last But Not Least, When He Made This Speech To Mrs. Kim

No one gives a speech like Seth Cohen except for maybe Dave Rygalski. BECAUSE HE'S THE OG.