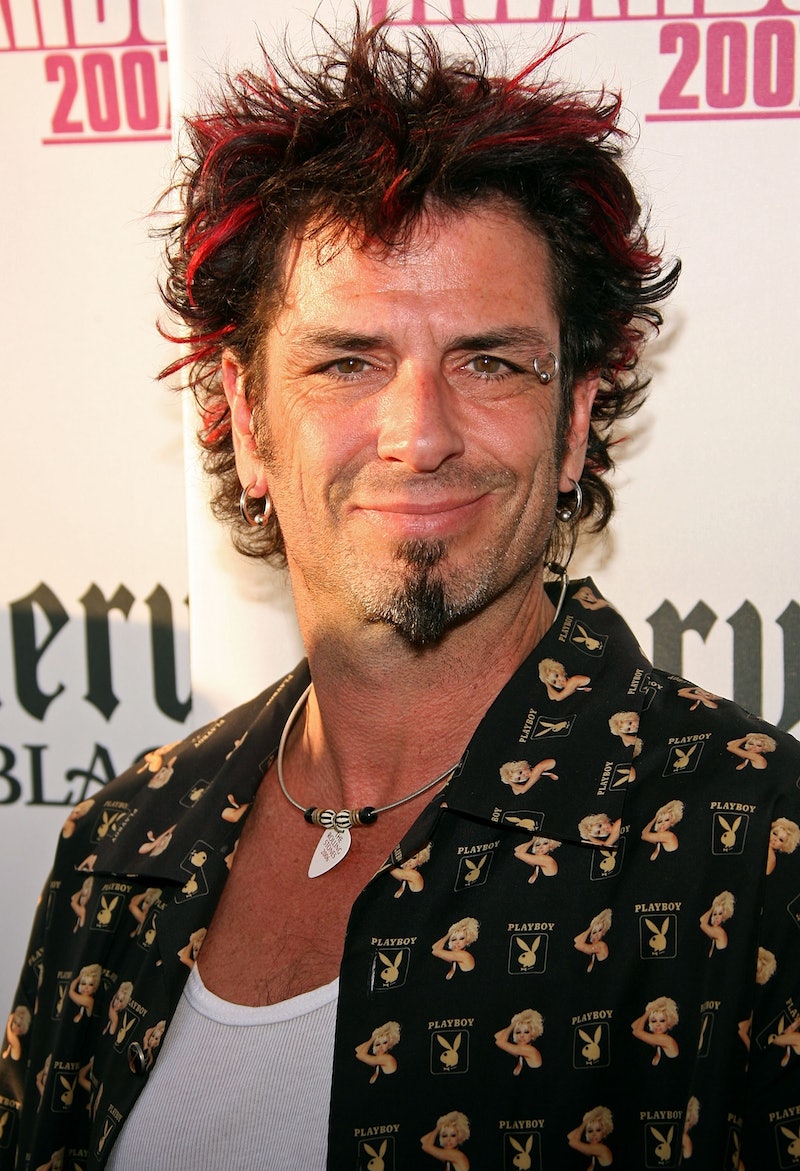 Big Brother's Dick Donato has been living with HIV since 2011. The reality TV villain, known to many who tuned into Season 8 as "Evel Dick," came clean with his diagnosis on Wednesday's episode of Couples Therapy, where he appears with his on-and-off girlfriend, Stephanie Rogness-Fischer. After appearing on Big Brother in 2011, Dick decided to use a similar reality television show platform to publicly reveal his struggles with the disease.

The 51-year-old personality said it was during a routine testing during Big Brother 13 that he discovered he is HIV positive. The producers called him into the show's diary room and delivered the bad news — there was something wrong with his tests. One had come back positive, while the other came back negative. After more tests, his diagnosis was confirmed. "They had a car take me from CBS to my mother's house. She was the first person I told," Dick explains.

Evel Dick revealed that telling his girlfriend was the hardest part, though she was nothing but supportive. Luckily, her tests came back negative. Another part of facing the disease publicly, is the obvious stigma that comes with a diagnosis. He said:

"People are afraid to come forward because they're afraid of the stigma of HIV. I'm not gay and I've never stuck a needle in my arm, but at this point, it doesn't matter. We create a stigma around the disease that makes it hard for people to publicly say they have it."

And after three years of living with being HIV positive, he was finally ready to reveal his struggles with the world. Up until then, it had been "quippy, smart-ass answers," when people asked why he left Big Brother 13. There was much speculation as to why he left, some rumors circulating around the idea that his girlfriend had died of a possible overdose.

But now, he's using his knowledge of the disease for an exceptional cause: helping others get tested.

"Look, I get that I'm a reality-show villain, but for better or for worse, I have a platform. And I decided that it was time to just publicly say what I'm dealing with. On one hand, I'm doing this for myself: I don't want to hide anymore. On the other hand, I hope it will remind viewers to get tested, practice safe sex, all those things we know in the back of our minds but maybe don't do. After I told everyone on Couples Therapy, I had two production people pull me aside and say that they had gotten tested. I feel like I can do some good."

So what's the fate of Big Brother's Evel Dick? For now, he'll be cruising along, taking one pill a day for the rest of his life. "I fully expect to die of something else when I get old, not HIV or AIDS," he concluded.