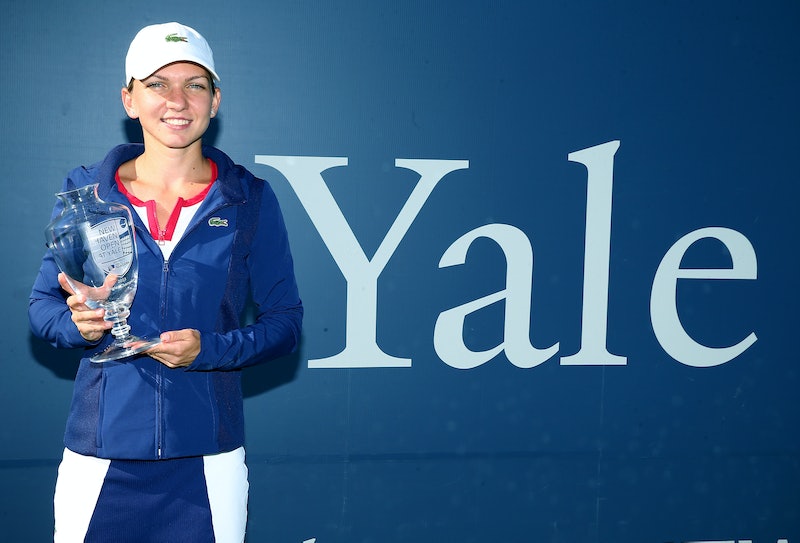 After a federal investigation into Yale University's sex-assault culture, an open letter from hundreds of alumni begging for change, and a huge backlash against the university's failure to equate "nonconsensual sex" with, um, rape, the Ivy League institution is finally coming around. Sort of.

After a number of complaints in 2011 that resulted in the Department of Education opening an investigation, Yale has finally agreed to change some of its policies. (Its former policies had allowed fraternity chants about rape, signs reading "We Love Yale Sluts," and mass emails ranking female students by how many beers it would take to have sex with them.) Still, the university's newest report regarding the treatment of sexual misconduct stated that "nonconsensual sex" can, and has been, punishable by "written reprimand." And refused to use the word "rape."

In response, more than 200 Yale alumni wrote an open letter to the university's president urging for change (which you can read here.) An extract:

We urge the University to replace the term “nonconsensual sex” in its Reports with the term sexual assault; to punish perpetrators of sexual assault in a way that recognizes the gravity of these crimes; and to report all complaints of nonconsensual sexual contact to the police. We also ask President Salovey to clarify to the Yale community that individuals incapacitated by alcohol cannot consent to sex, and that the University will not tolerate sexual assault in the context of dates or relationships.

Yale, currently ranked the third-best university in the world, finally sat up and listened. The university told the Huffington Post that rape is, indeed, "one of the behaviors that we consider sexual assault" and that "our intention is to be as precise as we can about the behavior without providing identifying details."

During the next few weeks, Yale has decided to take the slightly alternative route of providing a number of hypothetical sex-assault situations, and divulging how they would deal with each.

Yale isn't the only renowned institution to face claims of not taking sexual assault seriously. The University of Southern California has faced a number of complaints about just that, with one girl being told her rape didn't count because her rapist didn't orgasm. Last week, after a myriad of incidents, Californian lawmakers authorized an audit to examine how University of California and a number of other state universities dealt with sexual assault.