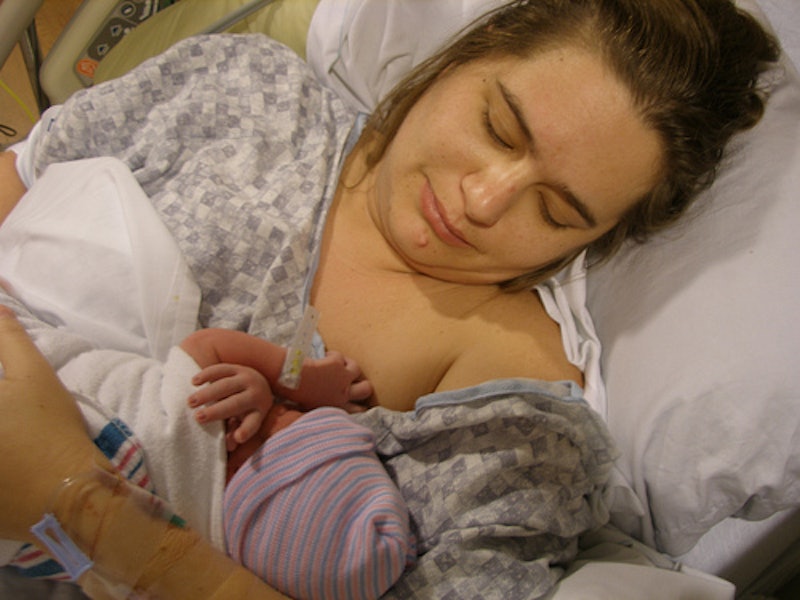 This coming Labor Day, September 2, there's going to be a worldwide rally to improve birth, spearheaded by the organization Improving Birth. Nope, the fact that it's going to be on "Labor" Day is not a coincidence, as the idea is to raise awareness about evidence-based maternity care and advocate that choices in childbirth should be a basic human right.

According to Improving Birth:

"We are rallying to bring awareness to a problem and a solution. So many people are unaware of just how much room for improvement there is in our maternity care system: of how much of a gap there is between “routine” or typical care and care that is based on scientific evidence and known best practices. So many women are unaware that respect and compassion in childbirth aren’t just luxuries; they’re a human right."

Now, lest you close this window because you think this movement is designed only for natural birth or home birth advocates, I should emphasize that the Rally To Improve Birth is not limited to one side of the birth spectrum:

"This movement isn’t about natural birth vs. medicated birth. It’s not about hospital birth vs. homebirth or birth center birth. It’s about women being capable of making safer, more informed decisions about their care and that of their babies, when they are given full and accurate information about their care options, including the potential harms, benefits, and alternatives. It’s about respect for women and their decisions in childbirth, including how, where, and with whom they give birth; and the right to be treated with dignity and compassion."

As a pro-choice woman, I'm pretty gung-ho about a movement that advocates for women's informed decision-making at one of the most emotionally-and-physically demanding times of her life: When she gives birth. Did I mention I'm also a doula? Because I am! So, Improving Birth and their work is a cause that's certainly close to my heart.

I could write about pregnancy and childbirth (as well as birth advocacy) from now until at least next Thursday, but instead I will point you to a few places where you can learn about some of the problems facing women who give birth in the United States: the high rate of Caesarean sections (about 30 percent when the World Health Organization recommends a rate below 15 percent), the high cost of actually giving birth, especially in a hospital (remember this NYT article from this past June?) and the fact that the maternal mortality rate is slowly, but steadily, rising. Watch and learn some of the other reasons why men, women, and children want to improve birth: