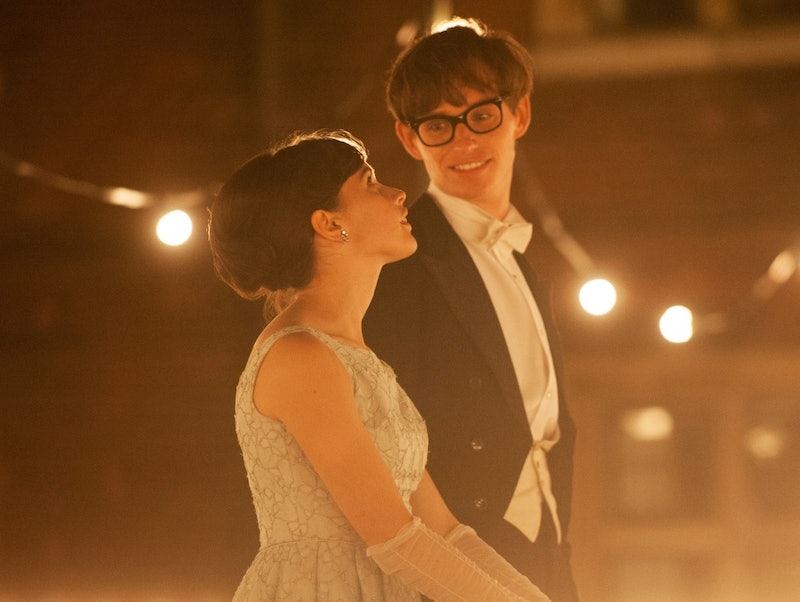 If you weren't already excited for the upcoming Dr. Stephen Hawking biopic The Theory of Everything , here's every reason you need to be: The new trailer is here, it's amazing, and both Eddie Redmayne and Felicity Jones give what may just be the performances of their careers. In fact, with every new trailer that's released, I'm just more and more convinced that Jones should win an Oscar for this role.

The film, which stars Redmayne as the legendary Dr. Hawking, and Jones as his late first wife, Jane Hawking, has already been pulling in Oscar buzz since it premiered at the Toronto International Film Festival last month to an audience who were left moved and in tears by the end of it — apparently, even Stephen Hawking is reported to have cried and called it "broadly true" when he saw it. This isn't the first trailer that's been released, but it is the first that gives us an amazingly in-depth look at the film, and how it's going to chronicle the relationship and marriage of Dr. Hawking and Jane, as well as his contributions to science and his increasing struggles due to suffering from motor neuron disease.

Paired with a haunting recording of "Heavenfaced" by The National, it's safe to say this trailer alone will give you goosebumps, if not make you full-on cry.

The Theory of Everything hits theaters Nov. 7. 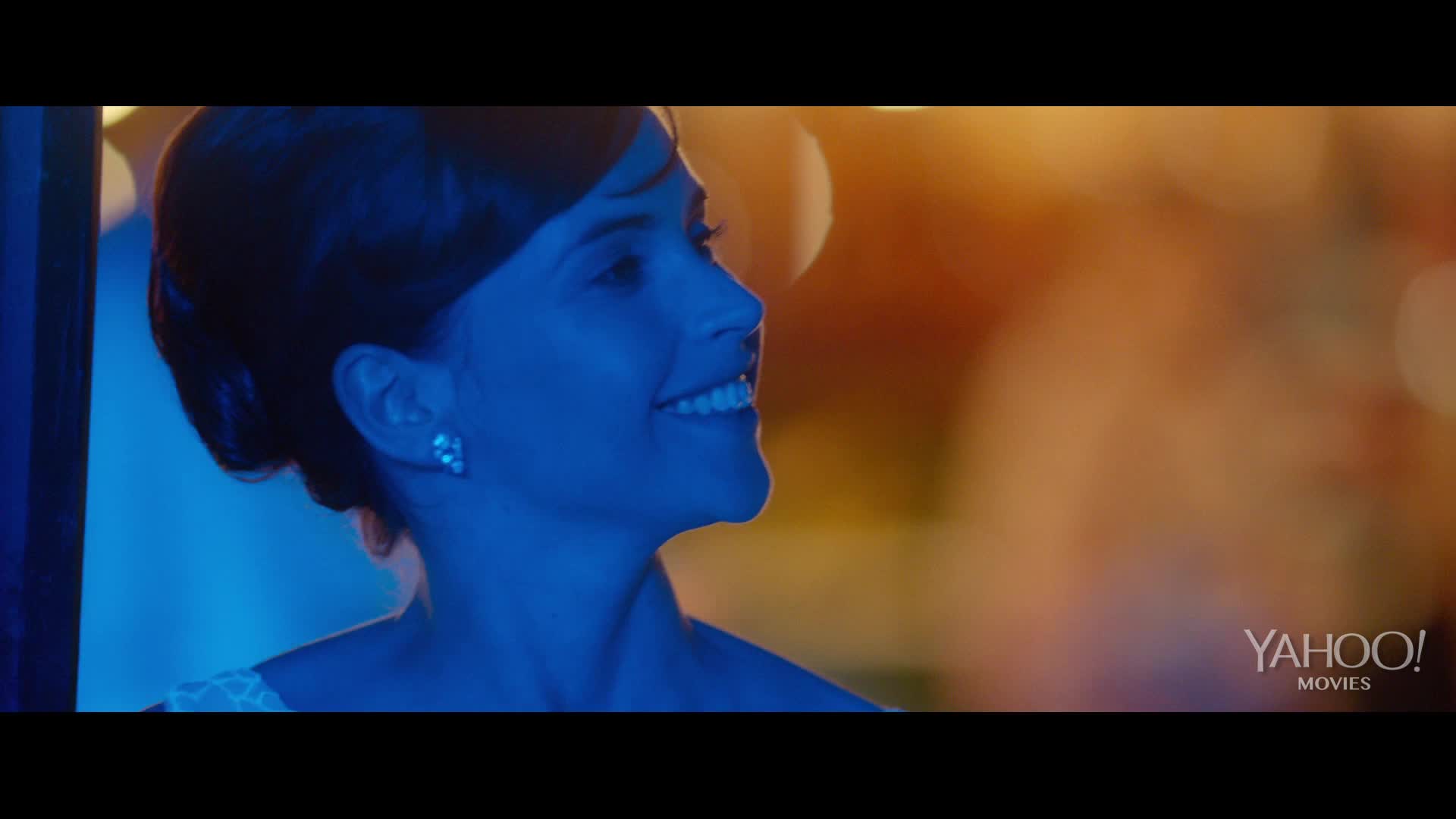