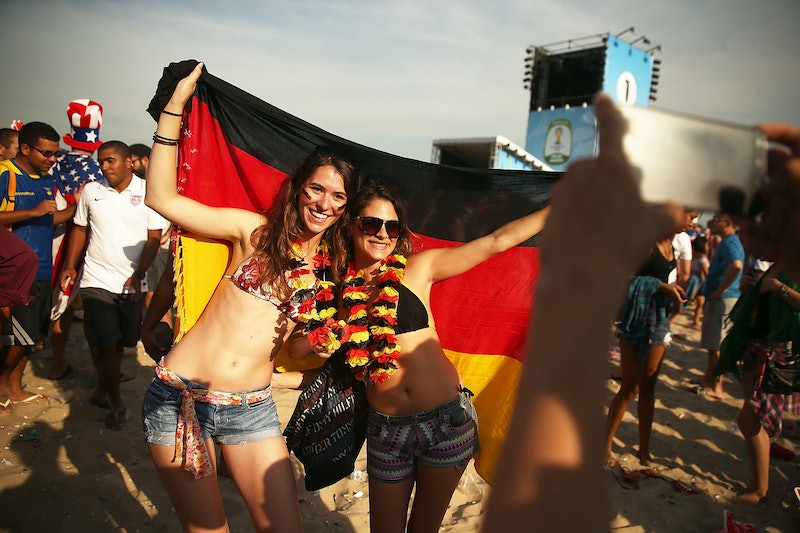 Calling all CEOs, lawyers, personal assistants, workaholics, and, well, everybody — it's time to move to Germany. Sick of bringing your work home with you every day? Well, Germany might ban work emails after 6 p.m., literally making them illegal. The German Minister of Labor commissioned a study to assess the psychological and economic effects of work-related stress after the advent of the smartphone — which essentially extended the average work day by an extra five hours — and, fortunately, the results might prompt some very altruistic legislation.

Europe already has an admirable reputation for being tough on work stress (siesta, anyone?), but that reputation has been increasingly challenged by the smartphone. As more and more people grow dependent on the device, they're also opening themselves to unlimited accessibility. But all this checking and replying to work emails at 9 p.m. has to stop, said Labor Minister Andrea Nahles.

Nahles commissioned a comprehensive study to evaluate work-related stress and its effects on employees and economic cost. The study results won't be released until 2016, but they're expected to lead to an Anti-Street Act, which would ban workers from contacting colleagues after 6 p.m. and protect employees from being permanently reachable by phone or email.

There is an undeniable relationship between constant availability and the increase of mental illness. We have commissioned the Federal Institute for Occupational Safety and Health to work out whether it is possible to set load thresholds. We need universal and legally binding criteria.

The thought of getting in trouble for confirming tomorrow morning's meeting the night before is completely foreign to me, but that's because America's work culture is shamefully nonprogressive in comparison.

The American Institute of Stress found that while factors like work-life balance, colleague interactions, and lack of job security are responsible for some of the stress in the American workplace, the dominant factor is workload. Work-related stress has long been associated with illness, like heart disease and high blood pressure, and that's worrying considering Americans work more than anyone else in the industrialized world.

Why We Should Learn From Germany

As mentioned before, work-related stress can have serious, long-term effects on your health. According to the CDC, when the body feels stress, the nervous system responds by releasing hormones and sending your body into "fight or flight" mode. While short periods of this do not pose serious health risks, constantly being in this responsive, active state will wear down our body and immune systems. In addition to heart disease and high blood pressure, work stress can also lead to sleep disorders, stomach problems, and chronic headaches.

If you're an employer and you think this logic is bunk, listen to this: In 2011, Volkswagen enforced a policy that stopped its BlackBerry servers from sending emails after work. Do you think Volkswagen is going under anytime soon?

More like this
How 5 People Upended Their Lives To Fight For Abortion Rights
By Hannah Smothers
The Families Of Grenfell Tower Are Still Waiting For Justice, Five Years On
By Bustle UK
Using Your Pet’s Name As A Password? Here’s Why You Might Want To Change It
By Cristina Sanza
How to Delete (or Pause) Your Hinge Account
By Emma Carey
Get Even More From Bustle — Sign Up For The Newsletter