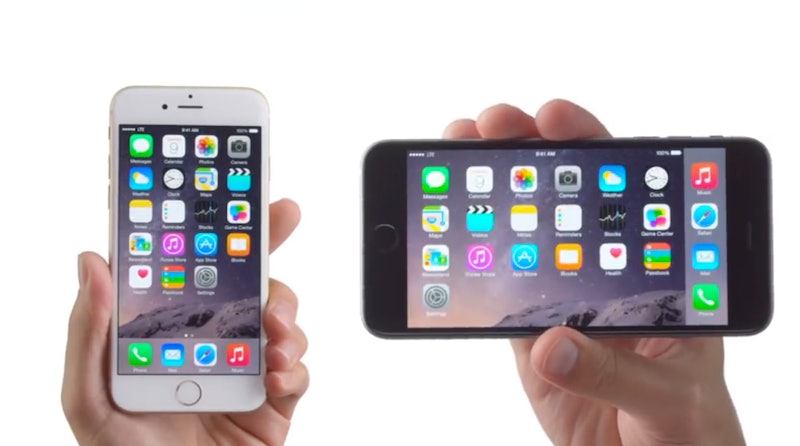 If you had a "Wait, is that...?" moment while watching any of the commercials from the crop of ads for the iPhone 6 and iPhone 6 Plus, it's with good reason. The ad campaign feature two very familiar voices. Said familiar voices happen to belong to two longtime pals/frequent collaborators: A boy bander-turned-solo artist/actor and a stand-up comic-turned-notorious breaker of character-turned late night talk show host. Yup, the iPhone 6 and iPhone 6 Plus commercials star the dulcet tones of Justin Timberlake and Jimmy Fallon.

In one ad, Timberlake and Fallon freak out over the camera capabilities of the iPhone 6 and iPhone 6 Plus. In another ad, they use the phones' Health app to count calories. In yet another ad, they talk about just how huge the new iPhones are (and by some sort of miracle, there are zero references to Paris Hilton’s iconic vocal fryification of the word). And in the fourth ad, Fallon and Timberlake do a two-man a cappella rendition of Richard Strauss’ “Also Sprach Zarathustra,” aka the song from 2001: A Space Odyssey.

Wait. Is that last one a hint? Is that Apple’s warning for what is to come? Will the iPhone be as large as the Monolith one day? When it hits the market, will we be reduced to a pack of confused, angry apes? Will we respond by attacking each other with bones?

Only time will tell. Onto the ads!

And just for good measure: