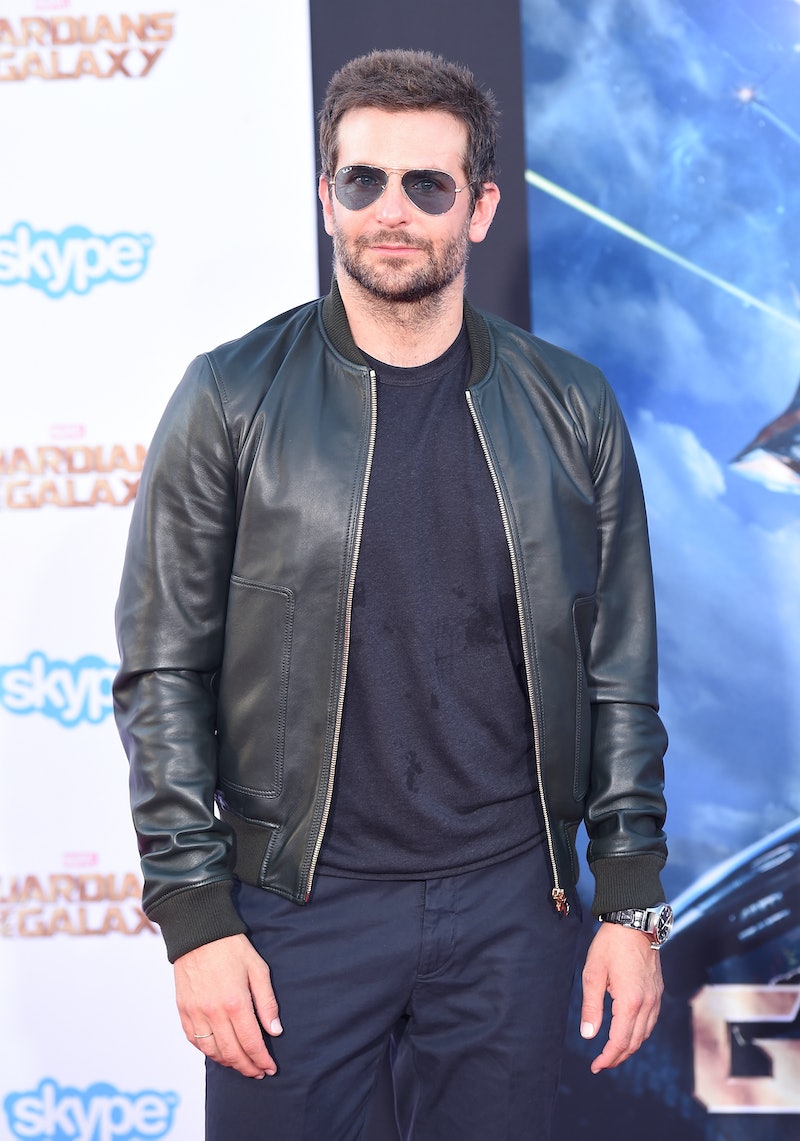 Bradley Cooper has already proved himself as an excellent character actor during his time in Hollywood, but, with the way his next film is already sounding, it looks like we may have seen nothing yet. Clint Eastwood's American Sniper stars Bradley Cooper as the late Navy SEAL Chris Kyle, who was named the most lethal sniper in American military history until he was gunned down at a Texas shooting range by a fellow military veteran suffering from post-traumatic stress disorder.

The film was in the works before Kyle's death — the veteran had released an autobiography, also titled American Sniper , back in 2012, which is when Cooper first began trying to secure the rights to the story for a film adaptation. In fact, the two actually spoke once before Kyle's death when they were discussing how the autobiography could translate to the big screen. As Cooper told USA Today : "Thank God I got to talk to him once on the phone...it was a very quick conversation. But I did tell him how serious I was about making this movie. And he should just know that whatever fears he had about Hollywood, to just put them aside and trust me. That I was going to do everything I could to tell this story."

Originally, Steven Spielberg was set to direct the biopic, but after plans for that fell through back in 2013 because, reportedly, Spielberg "couldn’t square his vision of this movie with the budget," Eastwood stepped in to take over.

It's undoubtedly a tough subject to cover, especially considering how Kyle's story tragically ended. Films about war are often hard to translate to screen in a raw, honest way, and many times they end up more about the action and the violence than the emotional toll that comes with serving in the military.

But that's precisely what makes this story so important to tell: Not only does it shed light on the life of a man who was considered the deadliest in military history (he's said to have had 255 confirmed kills, which is unheard of), but it also brings to light the harrowing struggles that soldiers face after being discharged from service, particularly PTSD. As it stands now, there isn't that great an understanding of mental disorder in general, and PTSD is a complicated thing to comprehend — to hear that Cooper is dedicated, along with Eastwood, to telling this story right could be important in helping to change that.

"I had to do right by him and his family, there was really no choice," Cooper continued, according to USA Today. "You're sitting across the dining-room table talking to this person's father and mother. And his children and wife are there. And he's passed away. Knowing that they are putting all of their stories in your hands and the responsibly of that, it's actually unique."

The trial against the man accused of killing Kyle, Eddie Ray Routh, is ongoing, with the trial last delayed back in May. Routh remains in prison on a $3 million bond.

American Sniper stars Cooper (who put on 40 pounds and transformed his appearance to play Kyle — a symbol of his dedication to getting into the character fully), as well as Sienna Miller, Luke Grimes, Kyle Gallner, and Jake McDorman. The film won't hit theaters until Dec. 25, but, luckily, we won't have to wait very long to see a sneak peek: The trailer is expected to drop tomorrow.