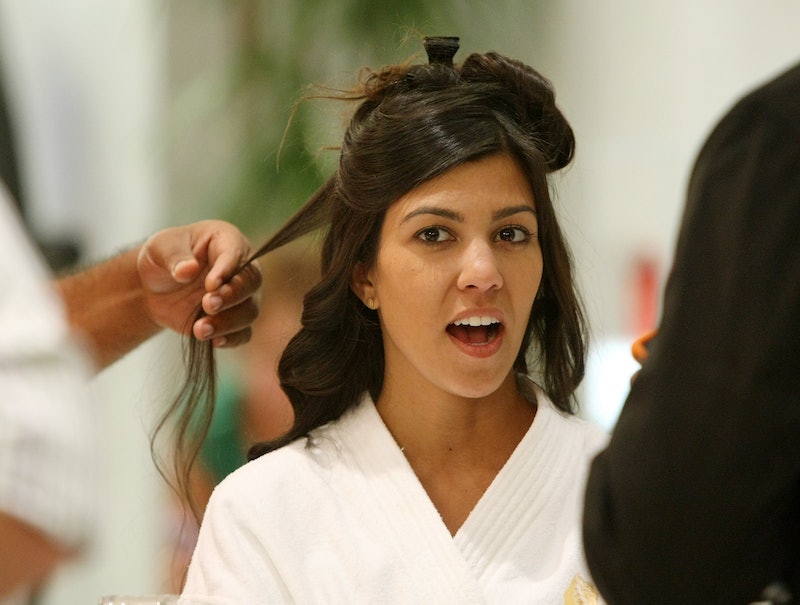 I come from a big family by today's standards. I'm the oldest of four; two boys, and two girls, all three years apart, and while we're not exactly giving The Duggars an fierce competition, at times it can definitely feel like there are closer to sixty people in our house instead of six. This was partially because, with that many kids in the house, you also had to deal with their ever-present friends. It wasn't uncommon when I was growing up to walk into any given room and have to do a double-take before realizing that there was a kid hanging out who had not also fallen from your mother's nethers.

To be clear, I love being a big sister. Love it so much. I have been one since I was three, and I wouldn't change anything about that for the world (though, in the interest of full disclosure, I was, at age 9, disappointed to learn that my brother Sam was a boy, and not an actually pony as I had been promised. But seriously, what kind of parents make a promise like that to a 9-year-old girl? Well played, amateurs.) Being the big sister and the oldest has been a huge part of my identity, for better and for worse (you know, like that one comic strip set in Canada.)

Being the oldest means you learn patience and compassion early. It also sometimes means being the "first pancake" to your parents: Example, I had a curfew of 10PM when I was seventeen. My brother Sam, nine years my junior, was a senior in high school had a curfew of "please come home sometime I guess". Being the oldest is baller, but it can also be ball-breaking. Here are 10 struggles only the oldest kid in a big family could understand:

1. How Hard It Is To Not Be in Charge

You're not bossy – you're just right. About everything. And people should listen. And when they don't, it's hard not to get a permanent case of lock-jaw.

2. That Awkward Moment Where People Think You're Your Brother's Mom

Once I was pushing my youngest brother in a stroller when a guy walking down the street said, "It's a damn shame these young moms." I was nine. Nine, you guys.

3. Explaining to People That You Aren't Part of a Cult

Between me and siblings, there are just four of us. Biggish but not freakishly so. Add to the mix the fact that my dad is a priest and now people are all "Do you wear purple cloaks and have an affinity for New Balance sneakers and poisoned fruit drinks?" Sigh.

4. Strangers Thinking Asking About Your Parents' Sex Life is Cool

"Were you all planned?" "Did they use birth control or wing it?" "Did they want to have so many kids?" "Do you think they still have sex?" Uhhhhh I have not even a vague idea of why people think this is okay to talk to me about this, nor do they appear to understand that thinking of my parents doing the beast with two backs makes me feel physically ill.

5. You Can't Stand Being Late Everywhere

6. Starting to Hate The Telephone

You love your cell phone, and you love your family. But now that you're all grown up and living in different places, that means roughly a million different games of phone tag going at any given time. It is exhausting and terrible and you wish your mom would just learn how to text.

7. Why You Don't Mind Doing The Dishes

Because no matter how many dishes you have to do after hosting a dinner party, it will pale in comparison to childhood memories of walking into the kitchen and feeling like you were the only sane person in a house full of hoarders. Or at the very least, the only person in the house who understood that you did not need to use every piece of cookware in the house to make and serve a meal.

8. The Anger of People Thinking You're an Only Child

Why? Because you seem calm, centered, normal, fun? AND OLDEST KIDS CAN'T BE? Baloney! You've suffered to earn the right to call yourself the oldest and they can pry that right from your cold, dead hands.

9. Convincing People It's Normal to Be Friends With Your Family

I am not even remotely Italian, but should anyone raise an eyebrow at how much time I spend interacting with my family, I go full on Real Housewives of New Jersey, all incoherently babbling "WE ARE AS THICK AS THIEVES" over and over again until I see a white light and pass out.

10. Holidays Are Totally The Worst (Although They're Also The Best)

You love the holidays and your family, but you're an adult now. Going home for the holidays means slipping back into the role of who you were when you were thirteen. When I was thirteen, I wore an X-Files t-shirt and slammed out of rooms to sulk when my dad teased me. This is not something I relive as a 31-year-old woman. That said, there is no warmer, more endlessly wonderful feeling that retreating from your adult life back into the fold of family love. It's really not bad at all.