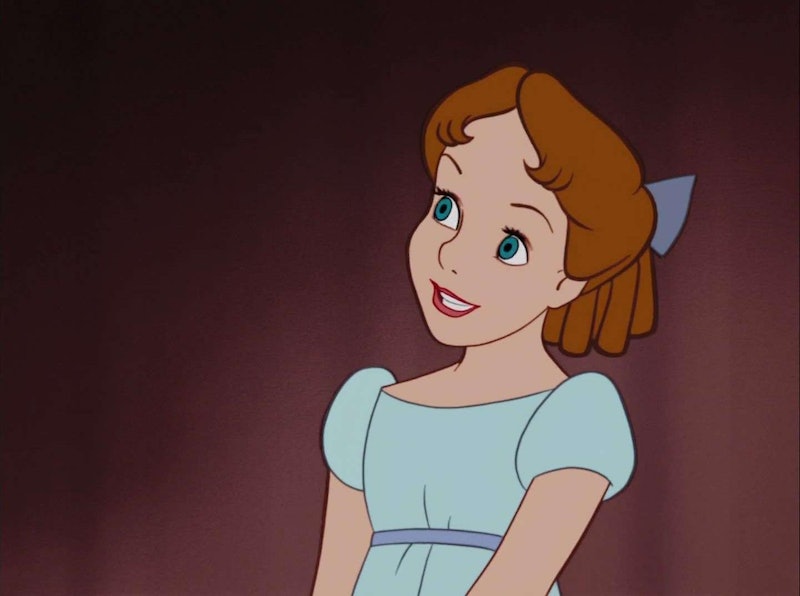 It looks like one of Disney's classics is making its way to the small screen. Though we already know NBC will air Peter Pan Live! later this December, apparently that's not the only thing the network has in the works for these beloved characters. Entertainment Weekly has confirmed that NBC has ordered a modern-day, half-hour comedy that will loosely be based on J.M. Barrie's pivotal two characters: Wendy and Peter. Notice how I put Wendy's name first? That wasn't done by accident. In fact, Wendy and Peter is the actual title for the sitcom, and an important characteristic of what the show plans to center on. You see, the whole thing will be told from Wendy's point of view — not Peter's, giving fans a fantastic opportunity to explore Neverland's leading heroine. That is, as long as they don't make her out to be yet another love-obsessed, boy-crazy female.

The plot description seems to imply that the storyline will focus on a woman (Wendy) who is "hoping to find love with a real man," but instead finds herself drawn to a guy named Peter, who — surprise, surprise! — isn't quite ready to grow up. (So basically, we're talking about pretty much all men then, right?) I kid, I kid… sort of.

Seriously though, this could be an incredible opportunity for NBC to produce a strong, complex female story that Disney barely tapped into. As interesting as Peter's journey of perpetual adolescence was and still is, Wendy's journey is even better. Because as much as she was taken by the young boy crying at the foot of her bed, her adventurous nature was what made her decide to venture off to Neverland — not the fact that a boy asked her to. Many may argue against this, but what makes me so confident is the fact that she chose to leave Peter in order to grown up. And isn't that, in many ways, the most daring adventure of them all — to boldly face the unknown?

Yes, Wendy has what it takes to be a powerful role model for young girls and women. So I'm really hoping this romantic comedy spin the story arc seems to be taking will only be one aspect of the show's intent. Not everything should be centered around a.) finding a husband, b.) obsessing over an immature guy, especially since this is supposed to be a modern-day story. The character has so much more to offer than that. And as fun as dating can be, to not date will be an awfully big adventure as well. (Peter Pan reference, anyone?) I admit, I'm little worried they won't go this route, but for the time being, I'll try my best to continue thinking happy thoughts.

More like this
“The Door Is Always Open” For Another 'Breaking Bad' Spin-Off, Says AMC Boss
By El Hunt
The 'Hocus Pocus' Sequel Finally Has A Release Date & It Makes Total Sense
By Shannon Barbour and Radhika Menon
S Club 7’s Jon Lee Continues To Reach For The Stars
By Rachel Mantock
Lauren Rae Is Bringing Back The Sex And The City Vibes In Her New Memoir
By Shahed Ezaydi
Get Even More From Bustle — Sign Up For The Newsletter