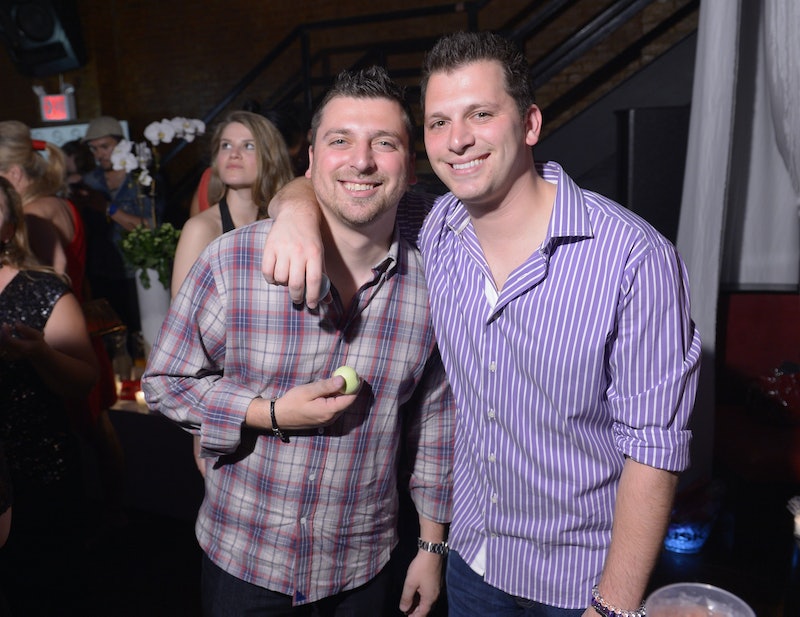 Christopher might not be the youngest Manzo, but he's the real baby of the family. While older brother Albie has taken the lead with opening new businesses, and younger sister Lauren has found her way with Caface and will be getting married next summer, Manzo'd with Children 's Chris Manzo is still a single guy. On RHONJ, Chris was always the sibling who just couldn't be serious. His constant jokes made him sound kind of like that one kid in middle school who's convinced that he's funny (maybe you had to go to middle school in New Jersey to get this, but something tells me it's a nationwide phenomenon). But while Chris always played things for laughs, his siblings were both settling down. Obviously Lauren's wedding to longtime boyfriend Vito will be a huge family event, and Albie is all business, all the time.

But Chris is getting more focused, and has grown up a lot in the last year or so since he was last on camera. He's using his social media presence to promote the Manzo brothers' first restaurant, Little Town, and tease new dishes. Both brothers are still promoting their first business, blk. water, as well, which has partnered with Generation Rescue to raise Autism awareness. Blk. water has always struck me as an odd business venture, but the restaurant is slowly getting better reviews and made it through its first year, a hurdle that a lot of quickly opened eateries can't clear.

Chris is currently single, or at least doesn't have a relationship serious enough to make Instagram official. And while Albie always comes across as super serious, in the pilot of Manzo'd with Children , he brings home a girlfriend to meet his family, who doesn't really seem to impress his mother.

By contrast, Chris' Instagram posts are pretty much all about spending time with his young nephews (second cousins? whatever the correct term for "your cousin's babies" is). And doesn't seem to spend all of his time out clubbing or staying up all night grabbing free drinks at Little Town. Even though he had such a long way to go to catch up with his brother and sister, surprisingly, Chris is actually the one who seems to have grown up the most since the Manzos appeared on The Real Housewives of New Jersey.