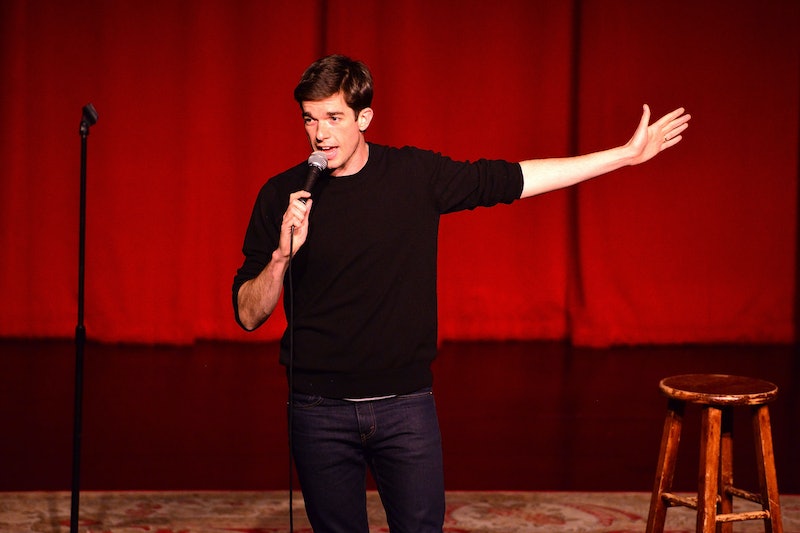 It was a long road to getting on the air for John Mulaney's new comedy series Mulaney . It was original ordered straight to series at NBC, but then in the eleventh hour, they passed on it, leaving Mulaney without any show. Then, the guardian angels over at FOX swooped in and not only picked up Mulaney, but gave it a six-episode order! The first episode of this new Seinfield-esque sitcom premieres on Sunday night, so how many episodes can we expect from Mulaney after that?

Those first six episodes ordered by FOX were already filmed in front of a live studio audience. The network's executives must have been pleased with what they saw, because in May, 10 additional episodes were ordered. So the total episode count for Mulaney now stands at 16. The premise of Mulaney is semi-autobiographical. It follows the story of a young comedian, John Mulaney, as he tries to make it in New York City. He manages to land a job as a writer for a game show hosted by Martin Short's character. If I haven't sold you enough on this snow, Mulaney spent four years writing for Saturday Night Live (SNL's Nasim Pedrad also stars) and he is the original creator of Bill Hader's unforgettable Weekend Update character Stefon. Mulaney also has an Emmy to his name, as he won for writing Justin Timberlake's opening SNL monologue in in 2011.

If you're still not sold on this comedian and TV show, he has an ongoing obsession with Law & Order: SVU and has done many bits about it during his stand up routines. He loves Law & Order: SVU so much, he even asked Ice-T to do the opening intro for Mulaney, as he explains to Jimmy Fallon in the clip below.

Like all new shows, and many returning ones, Mulaney's fate will ultimately be decided as soon as the ratings for the new series start rolling in. Even with a 16-episode order right now, FOX could easily pick up two to eight additional episodes. And since it films in front of a live studio audience, if more episodes are picked up and you happen to be in the Los Angeles area, you can can snag free tickets to see a taping.

The first reviews of Mulaney haven't been very positive, but those 16 episodes mean the show has time to prove itself to both critics and viewers. With Mulaney's comedy background, I think it's a safe bet to stick around and what he can do with a series of his own.