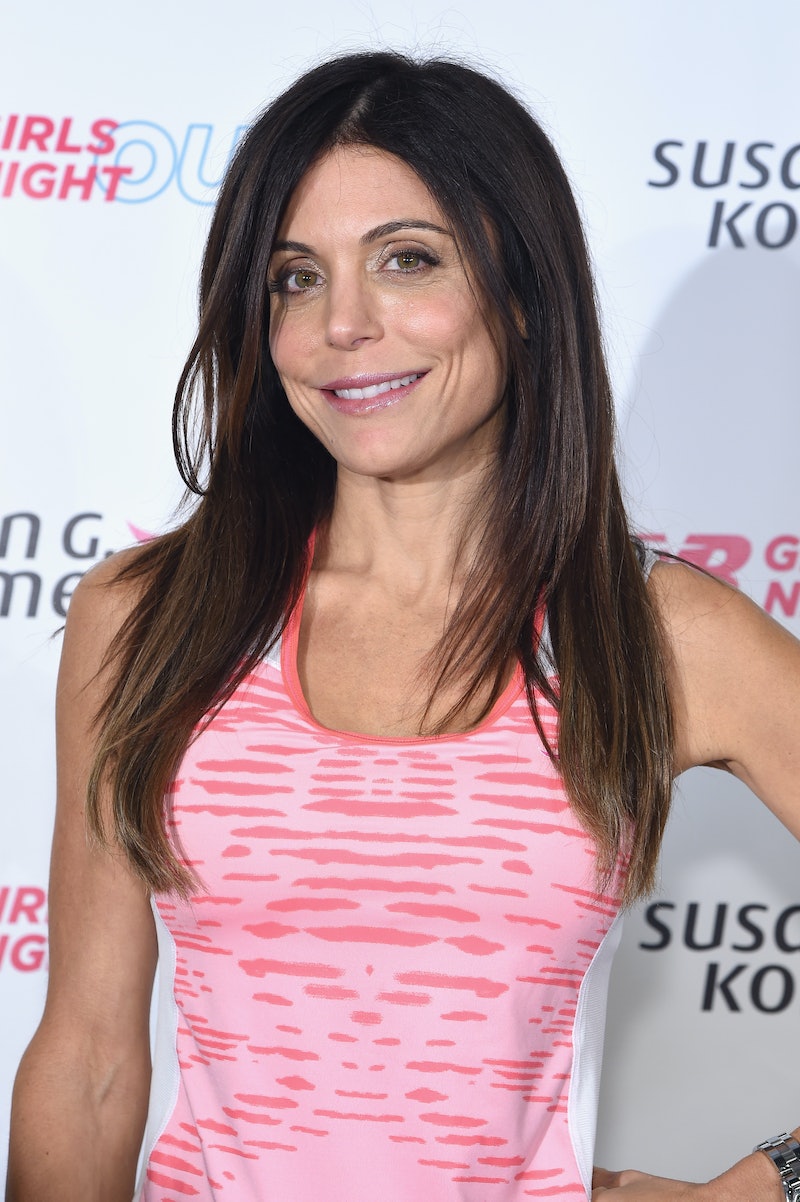 Remember when professionally-thin-person Bethenny Frankel wore her 4-year-old daughter's Hello Kitty pajamas and it was the least-successful SkinnyGirl ad ever? Turns out, the judiciary system of New York has found these actions unconstitutional. Well, not exactly unconstitutional, just really, really, not okay. A New York Judge ordered Frankel to quit wearing her daughter's pajamas. Basically, when you call Bethenny Frankel criminally annoying, you are actually right.

According to the New York Post, Manhattan matrimonial judge Ellen Gesmer relayed an edict to Frankel's lawyer Allan Mayefsky on Thursday in court. Germer's words were regarding a controversial Instagram post of the 43-year-old Bravolebrity wearing her toddler's sleepwear that she shared back in July. "No more pajamas." she reportedly said, to which Mayefsky replied that the post was "just a joke." Gesmer supposedly retorted, totally deadpan: "This is not a joke, her child is not a joke." The reality star was embroiled in a long custody battle with ex Jason Hoppy over their child, Bryn Hoppy, for months, which settled in June.

Gesmer went on to call the incident "ridiculous" and said that Frankel exercised poor judgment when she posted the image. I mean, I'd call encouraging the public to drop down to an early childhood weight poor judgement.

Barring indecent exposure, it generally isn't under the law's jurisdiction to dictate what people can and cannot wear. However, if I were behind the judge's stand, I would've told Frankel to stop the madness as well. In addition to making a joke out of her child, Frankel is a public figure who's photo would no doubt be seen. The subtext of this image is basically, "Get down to your birth weight, SkinnyGirls!"

Sure, any adult is entitled to wear whatever creepy infantwear they please, long as he/she isn't negatively influencing their children. (I don't want to think of the body-shaming Bryn is likely to inherit). But the moment that you impose a trigger-inducing image upon others, especially if you have a voice, it's a problem. Even as the international poster child of widely lampooned low-calorie drinks, Frankel has cultural influence and she's not using it in the right way — promoting being dangerously skinny over being healthy. This judge made the right call by trying to stem the flow of these visual messages.

In other words, THANK YOU justice system. Sometimes you work!

More like this
'Brookside' Is Coming Back & Soap Opera Fans Are Going Wild
By Sam Ramsden
"Lavender Haze" Star Laith Ashley Breaks Down Filming With Taylor Swift
By Jake Viswanath
'Bling Empire: New York' Star Nam Laks Is The “Blair Waldorf Of Thailand”
By Alyssa Lapid
Twitter Is In Awe Of Taylor Swift’s “Lavender Haze” Music Video
By Jake Viswanath
Get Even More From Bustle — Sign Up For The Newsletter
From hair trends to relationship advice, our daily newsletter has everything you need to sound like a person who’s on TikTok, even if you aren’t.