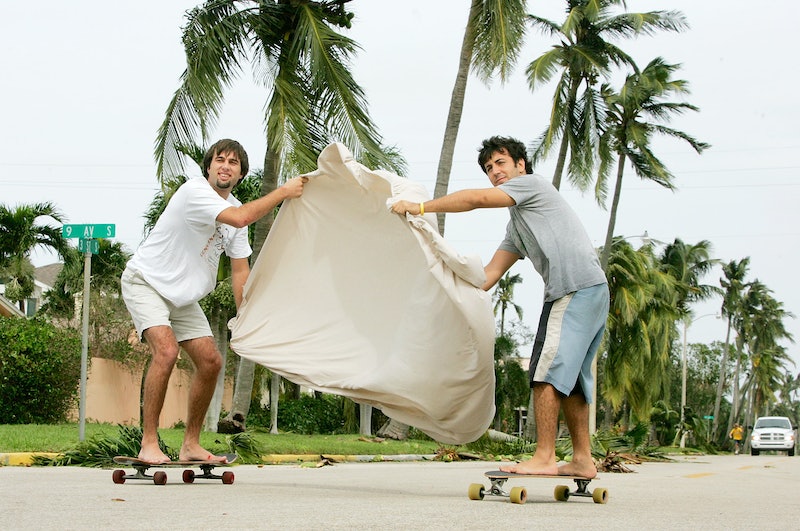 UK mattress company Ergoflex has confirmed what we'd feared all along… most guys change their sheets on a disturbingly irregular basis. In their "horrifying" new survey, the company reveals that 55 percent of single men between the ages of 18 and 25 change their sheets no more than four times a year. That would be once every three months. (Guys, the scruffy look may work for some of you, but it doesn't apply to sheets.)

Sure, this survey was conducted among British participants, but something tells me that guys on this side of the pond aren't doing a whole lot better (anyone remember those black light tests on Room Raiders?)

More like this
Dyson Is Dropping Futuristic, Air-Purifying Headphones
By Rachel Lapidos
14 Underrated Date Ideas To Try With Your Partner
By Lexi Inks
Bumble's "Compliments" Feature Lets You Message Before You Match
By Lexi Inks
You Probably Walk Asymmetrically. Here's How To Fix It.
By Carolyn Steber
Get Even More From Bustle — Sign Up For The Newsletter