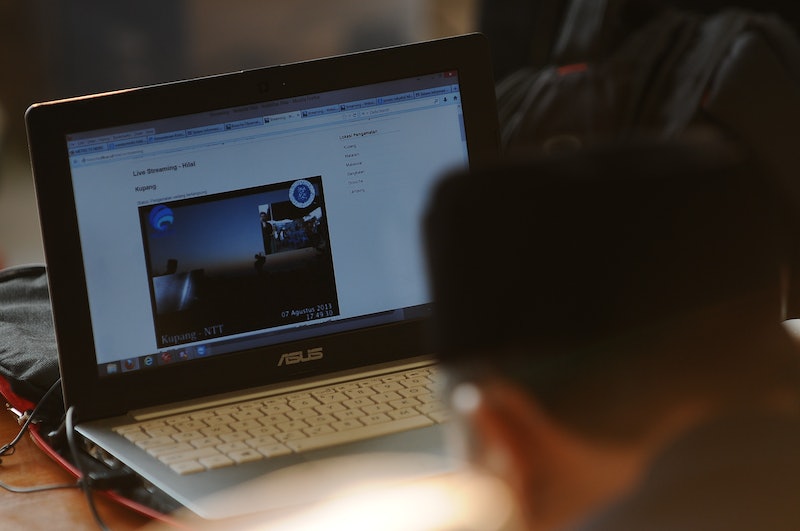 In today's The World Is Still The Absolute Worst news, a cunning little subreddit has popped up recently called PhilosophyOfRape, which is exactly the kind of horrifically vile thing it sounds like. Apparently a violent and destructive act has a philosophy it would like to share with us, whether we'd like to hear it or not. (Spoiler: We really, really do not.)

In a not-so-surprising continuation of the rampant expansion of the ways people are coming up with to promote sexual assault, the mastermind behind this tiny corner of cyber-awful is advocating that women be "corrected" for possessing all kind of "wrong" qualities and personality traits. And clearly, the logical way to fix these personality flaws is, you know, with rape. The mind boggles. Or sadly, I guess, it doesn't really. Not anymore. While we don't quite yet live in a world where women have to carry special bats spiked with railway nails around when we leave the house, we are well beyond kidding ourselves into thinking that we live in a time where it's ever entirely safe to be a woman.

While feminists are finally being allowed a strong, fresh, unified voice on the internet, it's not without certain dudes (I'm looking at you, MRA) doing whatever they can to make us not just be quiet, but to be less than what we were before we started out. They want to make us feel small, and bad, and every time we don't speak up against them, we're letting them win a little.

So what horrible lady-sins does this Redditor think need "correcting"? His terms are as vague as they are offensive. Generally, he thinks we all need correction for being "harlots and sluts". So, to be clear, his plan to fix our lustful habit of opening our legs however we please is to have our legs opened against our will? Cool logic, bro. It's also absolutely disgusting, which I guess goes without saying, but I'm saying it anyway because gross.

The scary thing about this is that it's still on the internet. There's freedom of speech, and then there is detailed, planned accounts of how to rape women and get away with it. There's the right to uncensored expression, and there's incitement to commit violent crime. Mr. PhilosophyOfRape himself has already claimed to have raped seven women and convinced a friend to join his little club of terrors. Reddit is continuing to toe the line of legality and responsibility and that makes my belly feel not-at-all-well.

It's so important, now more than ever, that we shine a light on rape culture. Shame, embarrassment, and fear are tools men like this advocate using to hurt other women. He encourages would-be rapists to remind their victims that no one will believe them and that they know they "really liked it". Deplorable, disgusting, and shameful.