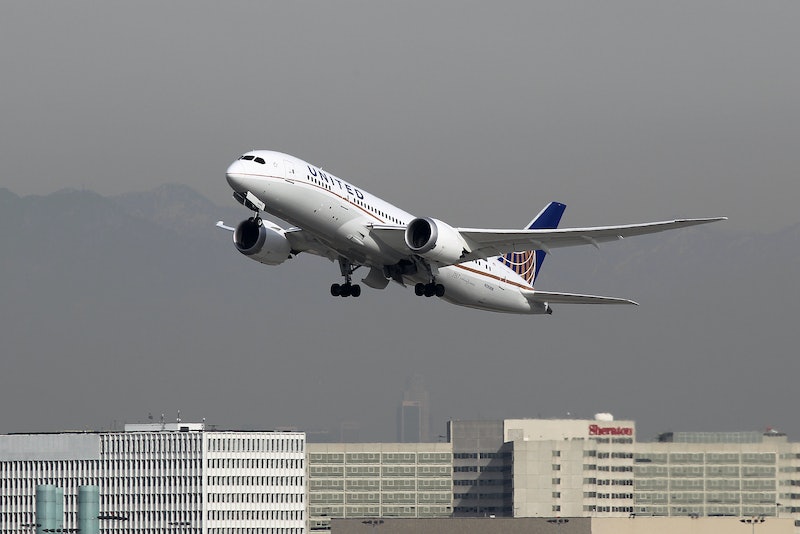 As the first U.S. Ebola victim remains hospitalized in Dallas, the highly fatal virus was almost brought to Newark, New Jersey. An United Airlines passenger created an Ebola scare on a Newark-bound flight after showing symptoms of the virus — though in the end, it was a false alarm. The passenger, who was traveling with his daughter, was reportedly vomiting and exhibiting "flu-like symptoms" during the flight, according to a federal official. He and his daughter were escorted off the plane once it landed at Newark Liberty International Airport around noon on Saturday.

ABC News reported that the man and his daughter are believed to be from Liberia. They were traveling together on United Flight 998, which departed from Brussels and carried 255 passengers and 14 crew members.

Officials from the Centers for Disease Control and Prevention met the plane when it landed at Newark early Saturday afternoon, wearing full Hazmat gear and following Ebola safety protocols. The plane was sealed upon arrival, and the flight's passengers were not authorized to leave the plane until the man was screened for Ebola.

According to The New York Daily News, the passengers were quarantined for about two hours before they were allowed to leave. Port Authority of New York and New Jersey officials said the vomiting passenger didn't have Ebola after all. He was, however, taken to University Hospital in Newark for treatment.

Upon arrival at Newark Airport from Brussels, medical personnel met United flight 998 to assist an ill passenger on board. The passenger was taken to a local hospital and the other passengers deplaned the aircraft.

This isn't United Airlines' first exposure with an Ebola scare. After it was revealed that the first U.S. Ebola victim, Thomas Eric Duncan, traveled on an United Airlines flight from Brussels to Dulles International Airport near Washington, D.C. on Sept. 19, the airline has begun warning passengers who may have been exposed to the virus.

The Associated Press reports that though CDC officials believe Duncan wasn't contagious during his travels, United has been notifying passengers on the Brussels-Dulles flight, as well as a connecting flight from Dulles to Dallas-Forth Worth, just in case. The airline provided passengers with information on how to contact federal health officials. United Airlines said in a statement on Thursday that the two planes Duncan traveled in had a "thorough cleaning" after the flights. "We continue to clean and route the planes throughout our network as usual," the airline said.Images: Getty Images (2)

More like this
The Families Of Grenfell Tower Are Still Waiting For Justice, Five Years On
By Bustle UK
The Most Powerful Photos From The Weekend’s Abortion Rights Protests
By Melanie Mignucci
How 5 People Upended Their Lives To Fight For Abortion Rights
By Hannah Smothers
5 Ways To Stand In Solidarity With Women In America From The UK
By Sophie McEvoy
Get Even More From Bustle — Sign Up For The Newsletter