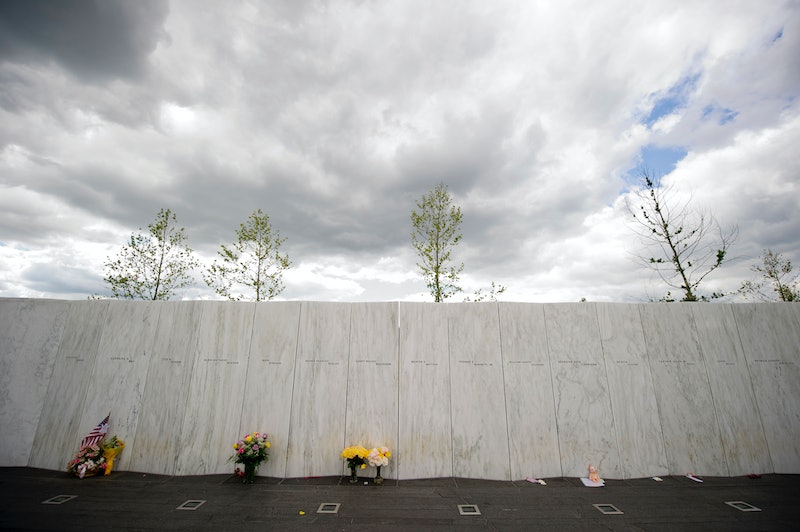 Several 9/11 artifacts were damaged on Friday after a fire broke out at the Flight 93 memorial in Shanksville, Pennsylvania. According to CNN, the fire blazed through the headquarters of the 9/11 memorial, located at the crash site of the ill-fated United 93 flight. Officials said 9/11 memorabilia has likely been lost in the fire, though the extent of the damage is still unverified.

A spokesperson for the National Park Service told CNN that about 10 percent of the 9/11 archives are located in the buildings where the fire blazed on Friday afternoon. Although many of the items are kept in a fireproof place, officials fear several artifacts were destroyed. "There is a potential for 9/11 memorabilia loss due to a fire," the NPS spokesperson told CNN.

Staff members at the Flight 93 memorial said they discovered artifacts were lost when they were taking inventory following the incident. Among the 9/11 artifacts lost or damaged include the flag that flew over the U.S. Capitol on the tragic day, WTAE reported. The personal items of crew members and passengers were also lost, as well as some of the handwritten notes and gifts left by visitors in the memory of the passengers.

However, the memorial's archival photo collection and a trove of hundreds of first-person interviews were salvaged, according to the memorial's staff. Fortunately, the Flight 93 memorial also went untouched; only the administrative buildings near the memorial were damaged.

According to news reports, the cause of Friday's fire is still under investigation. No staff members were injured in the fire, and everyone was safely evacuated.

The Flight 93 memorial was dedicated on Sept. 11, 2011, following years of planning and development. According to the National Park Service, work on the memorial is still ongoing. Currently, the memorial features an expansive plaza and walkway, as well as the Wall of Names, which honors the passengers and crew. A hemlock grove damaged in the crash is still there, marked by a boulder that represents the plane's site of impact.

Families of the Flight 93 victims have expressed grief and anxiety after learning about the fire, which may have damaged or destroyed their loved one's personal items. Ken Nacke, whose brother died in the crash, told Newsradio 1020 KDKA that news of the fire was "heartbreaking."

We gave a lot of personal stuff to the memorial that we wanted to be shared with everyone," Nacke said. "The more and more I think about it, the more it becomes heartbreaking."